“In the 6th round of the 2000 NFL draft, the New England Patriots select Tom Brady; from the University of Michigan.” When those words were spoken about Brady, I bet nobody would’ve predicted this guy winning seven Super Bowls between two teams 20 years ago! The kid from California went on to become a Michigan man, then a Patriot, and now a Pirate. It has truly been a journey for the 43-year-old.

Back in the 2000 NFL draft, six quarterbacks were chosen ahead of Brady: Chad Pennington, Giovanni Carmazzi, Chris Redman, Tee Martin, Marc Bulger, and Spergon Wynn due to them being faster, stronger, more agile, and just overall better athletic quarterbacks than him in the combine. That caused some coaches and critics to judge what he could achieve in the league, but that never stopped Brady. Playing for Michigan sharpened Brady’s sword, setting a standard and a mindset that he could compete with anyone. All that Brady knew was how to work and be great.

“The Comeback Kid” is what they called him in Michigan. He would bring Michigan out of any deficient situation that they were in. Yet draft reporters were still against him. The analysts were saying he was “Skinny, has poor build, lacks great physical build, lacks mobility.” The odds were constantly stacked against him. All Brady did was compare the comments about him to Joe Montana, an idol of his who was also a guy that was once doubted but became great in the NFL and made it into the Hall of Fame.

Fast forwarding to now. The new Buccaneer recently won his 7th Super Bowl, helped New England win six championships within his 20 years in the league, and is considered by many to be the “GOAT” (Greatest Of All Time) in the NFL. Many people now say the latest Super Bowl was rigged, that Brady doesn’t belong in the NFL, or that he’s getting too old to play football. Brady has shown age ain’t nothing but a number and has proven that you can do anything you set your mind to.

People are once again asking when he’ll actually retire. Will he try to go for 10 rings? No one can answer those questions but Brady. As the NFL GOAT, the only person he has to prove anything to is to himself. The rest of us are just lucky enough to be here and witness him do his thing. 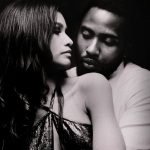 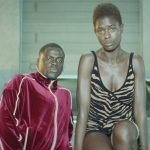