Our favorite Cinderella star and voiceover of Kung Fu Panda: The Dragon Knight have officially joined the cast of The Pocketwatch to the sequel of the Descendants franchise. Now if these two stars have been cast for a movie together, we can definitely assume that singing and dancing might be involved.

Brandy and Rita Ora have officially signed on to the Descendants franchise. Now if fans weren’t excited enough for the confirmation of the sequel, they have taken to social media to express their shock that Brandy will reprise her role as Cinderella in the 1997 version of Rogers and Hammerstein’s Cinderella.

While Ora will play the Queen of Hearts, they both will be joined with cast members China Anne McClain, Kylie Cantrall, and Dara Renee. According to deadline.com, “The Descendants movies unfurled an imaginative mythology of two new lands, idyllic Auradon and the ragtag Isle of the Lost, home to the teenage progeny of Disney’s most iconic characters and notably, its most notorious villains. Per Disney, The Pocketwatch returns to these lands and also takes audiences through the rabbit hole to the hostile unincorporated territory of Wonderland, a magical, mysterious place made famous in Alice in Wonderland.”

Disney Channel fans are feeling nostalgic as the casted members of Brandy and China Anne McClain were announced. This new sequel to the franchise will be released on Disney+, but it does not have an expected release date. According to cnn.com, “The new story will explore characters Red and Chloe (Kylie Cantrall and Malia Baker, respectively), the daughters of the Queen of Hearts and Cinderella, as they navigate the balance of power between good and evil with a little time travel mixed in by way of a magic pocketwatch.”

Personally, I’m excited to see Brandy as Cinderella once again. Her portrayal of the legendary Disney character made it iconic. As the first Black Cinderella to hit the screens, Brandy’s impact and presence means so much to young girls and boys watching her. The latest adaptation of this franchise will truly be for the books with this star-studded lineup. 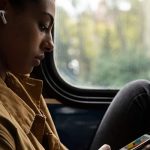