Earlier today, during its Morning News Sports Segment, WGN Chicago aired a controversial image of Bulls guard Jimmy Butler. In the video below, a screen displays an image of a figure in booty shorts that appears to be twerking and Butler’s head photoshopped onto the body. The photoshopped image reads, “Back that pass up.” Pat Tomasulo, sports anchor, reporter and comedian -according to his Twitter bio – claims that “Jimmy Butler’s getting really good at passing now,” as an instrumental version of Juvenile’s “Back That Azz Up” drops in the background. Tomasulo can also be seen laughing at his joke, as the image continues to be projected and the instrumental continues to play live on air.

Ironically, the combination of the image, instrumental and commentary, were part of an attempt to praise Butler’s performance in last night’s game against the Boston Celtics.  Jimmy Butler contributed 19 points and 10 assists to Thursday night’s 101-92 win, which gave the Bulls their sixth straight victory and the Celtics their fourth loss in five games. With stats like that, I couldn’t think of a more tasteless, disrespectful and offensive image to emasculate one of the hardest working players in the League. WGN has got to do better, and should start by issuing an official apology to Butler, the Chicago Bulls and fans. 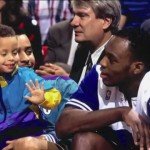 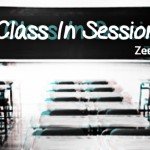