In the latest Chris Brown drama, he has reportedly thrown shade at Frank Ocean’s sexuality. Frank Ocean’s shocked everyone when he came out and revealed that he was gay. According to sohh.com, when Breezy was asked by the paparazzi about Frank Ocean, he responded, “Man, No Homo.”

“The phrase ‘no homo’ has been immortalized in hip hop culture meaning a rejection of anything that could be deemed as homosexual.”

I just think, sometimes, Chris Brown needs to keep his mouth closed. People are already mad about everything that he does cause he’s always doing something or saying all the wrong things at the wrong time. All he is doing is adding flames to the fire by saying anything that comes to mind. Shhh… be quiet sometimes is the best advice I can give. 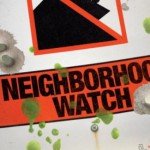