WNBA star Brittney Griner has been found guilty of drug smuggling with criminal intent by a Russian court.

This guilty verdict comes with nine years of time behind bars.

“I never meant to hurt anybody, to put in jeopardy the Russian population, or violate any Russian laws. I made an honest mistake and I hope that your ruling, that it doesn’t end my life here,” Griner said to the court according to CBS News.

President Biden and the White House have been making plans to do a prisoner exchange to get Griner back home but information on this has been limited.

Biden labels this conviction as “one more reminder of what the world already knew: Russia is wrongfully detaining Brittney,” according to the official White House website.

Hopefully, something can be done to remove Griner from this horrible and drawn-out situation and she can come back home. We’re sending her our best wishes. 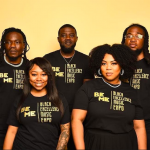 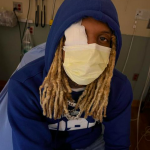