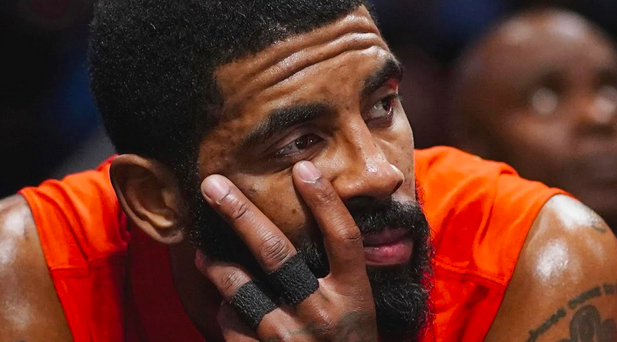 The NBA has completed a quarter of the 2021-22 season, and guess what? Still no Kyrie.

Last Thursday, on the Pat McAfee Show, Shams Charania essentially said that Brooklyn fans have nothing to look forward to as the guard is “nowhere closer to getting the vaccine and he’s not gonna play basketball unless he gets traded.” But, Shams also said, “there haven’t been many offers as of yet” for Kyrie Irving from other teams. So, Nets fans, you don’t have to panic yet.

Two weeks ago, renowned ESPN columnist, Adrian Wojnarowski, said that the Nets were indeed in passive mode. Now, both Ian Begley and Charania report the Nets are taking calls regarding Irving. But, there is no definitive evidence to say whether or not the Nets are making the calls, as well.

Irving has sternly stated many times before that he is opposed to the vaccine implemented by the city of New York. He claims that he is fighting for the people who need to receive the vaccine due to the mandates. But, while the 29-year-old advocates for people to evade the vaccine, he could be affected severely.

For one, Omicron has officially made its way to New York. New York City Mayor Bill de Blasio and governor Kathy Hochul recently announced that health authorities found five cases of Omicron variant with four cases in the city and one on Long Island in Suffolk County.

Also, the city has stated they will not be getting rid of the mandate and that they are looking to expand it. New York City will require employees at yeshivas (a Jewish educational institution), Catholic schools, and other private schools to get the vaccine to fight the coronavirus.

These new predicaments will continue to hurt Irving and the Nets if he continues to resist the vaccine.

It’s fair to guess that Irving’s hopes of playing with the team are extremely low. According to Charania, the likelihood of things changing is also low. “So if that’s the case, for Kyrie Irving … is nowhere closer to getting the vaccine. So if he doesn’t get the vaccine, at the end of the day, he’s not going to play basketball because unless he’s traded,” said Shams. “Unless the Nets come out, you know, and say, fine, we’re going to let you play road games, let you practice at home. We’re changing our stance. We’re going to let you come back, or unless Kyrie Irving decides to go and get the shot. there’s not really an end in sight here.”

The NBA trade deadline is February 10th. Don’t be surprised if somewhere down the line, Joe Tsai and Sean Marks, decide to start making trade offers for the guard. The guard remains unvaccinated, and for now, it’s unlikely he will change his mind about this decision. 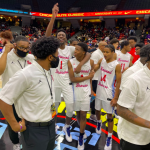