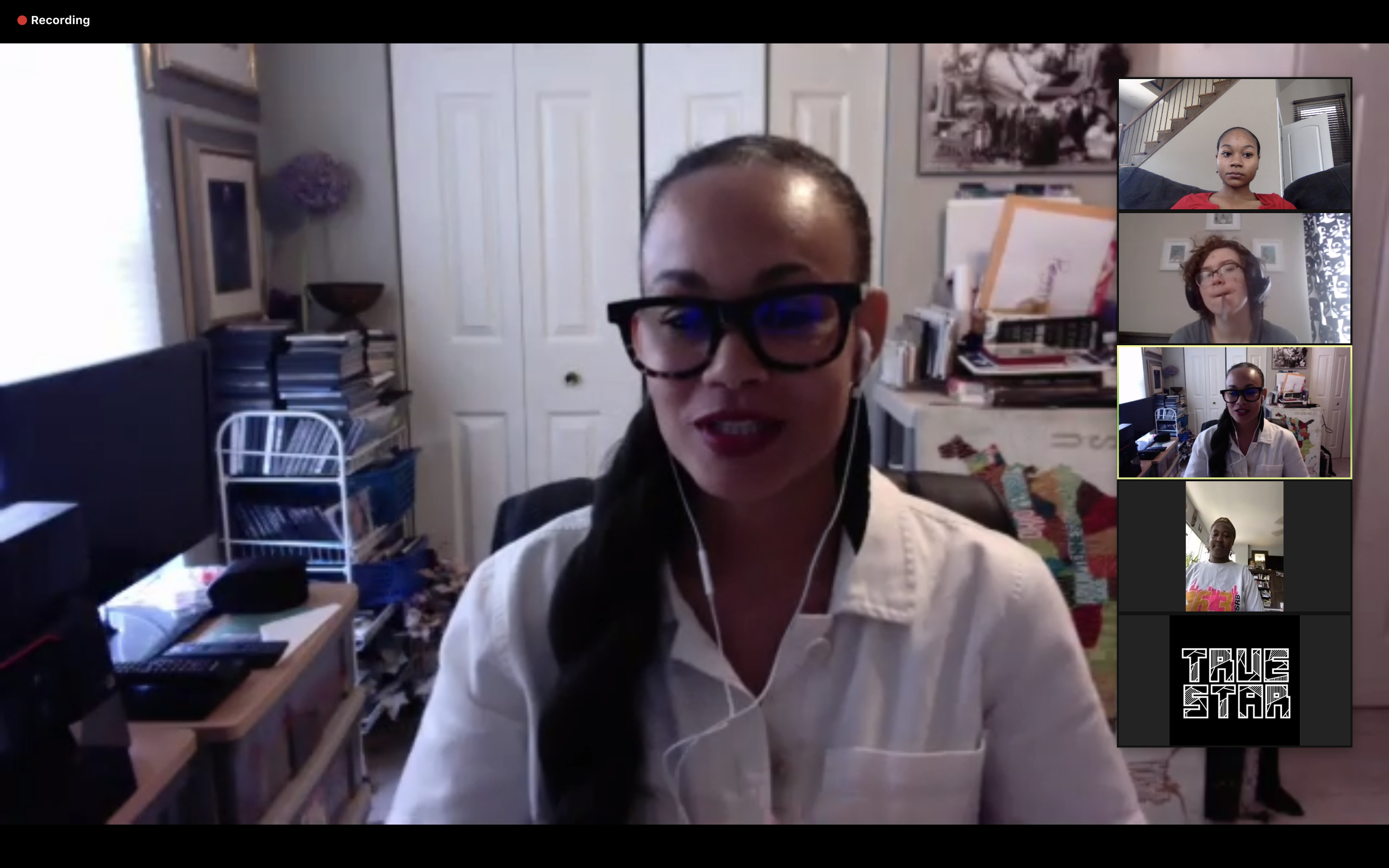 Once again, I had the pleasure of being on yet another Zoom call with yet another successful person who graciously shared their story and some amazing advice. This time True Star’s guest speaker was JaSaun Buckner who is a television producer and media consultant. She thoroughly explained her career, the many milestones she’s achieved, and dropped some gems while doing so.

Buckner’s family owns a dance studio called Mayfair Performing Company, one that I had the pleasure of attending for 11 years. There, I watched Buckner, aka Ms. JaSaun, first-hand as she helped our shows run smoothly and our videos look professional. There is where she said she got her first taste of the entertainment industry. Her passion for the entertainment industry only grew as she made her way through high school and she interned at Burrell Communications, a Black-owned advertising agency, that helped her find a college that was fit for her desired career. Her college choice was none other than the illustrious Howard University.

When Buckner started out at Howard, she was a marketing major. However, after taking marketing classes her first semester of college, she realized that marketing was too confined of a major for her liking and soon decided to switch her major. After constantly hearing her roommate, who was a communications major, rave about her experiences in her classes, Buckner decided to switch her major to communications, which turned out to be a much better fit for her. She graduated from Howard University in 2000 and started her career in producing.

Buckner has had a distinguished career to say the least. She’s worked with and for many acclaimed companies and projects. For example, she was a creative director for Nickelodeon and worked on “Degrassi: The Next Generation,” which featured the now rapper Drake. She was a production assistant at MTV and she’s worked at VH1 and BET. She even helped produce the Black Girls Rock awards show.

Buckner gave some amazing advice as well, explaining the importance of persevering through a job you may not like. “When you have jobs and projects, you’re not always going to like it,” she said, “but build the skills and learn the lessons and then apply those newly learned skills to the things that you want to do.” When asked about the importance of teamwork, Buckner gave a detailed explanation on what working on a team should be like. She compared teamwork at a job to being on a sports team, telling us that when you don’t have the right team, you won’t get the right results. “As a leader, make sure everyone has the proper tools and information to do their job the right way. You’re only as good as your team,” Buckner explained. Lastly, she made sure to stress the importance of taking initiative. Using emptying the trash as an example, she said, “If you don’t have anything else to do, take out the trash, even if it’s not your responsibility to do so.”

To put her advice in a few words: find the best in the worst situations, teamwork makes the dream work, and assume the responsibility of tasks that cost you nothing to complete.