Sunday, the Chicago Bulls lost to the Milwaukee Bucks 93-86.

Coming into the game, no one projected the Bulls to win whatsoever due to the immense size advantage the Bucks have with Brook Lopez and the “Greek Freak,” Giannis Antetokounmpo, and they proved all the doubters right.

Immediately, right out of the gate, the Bucks went on a tear, putting the Bulls in a 16-point hole in just the first quarter. Despite this, the Bulls did fight back on the defensive end forcing 21 Bucks turnovers and holding them to 40.5% shooting. The Bucks missed their share of good looks from 3-point range (10-of-38), but the Bulls did a good job of making life difficult for them, especially when Antetokounmpo was off the floor (he was plus-19 and only played 34 minutes).

To be honest, neither team played anywhere near their best basketball in game one, but the stars for the Bulls were especially lackluster; it was almost as if they were playing for the opponent in this game.

There have been too many times this season where the Bulls have endured tough losses because of their inconsistent play down the stretch. This game was easily winnable, especially with the horrid offensive display the Bucks put on, and the stars just could not step up when it mattered most.

The Bulls’ star trio of DeMar DeRozan, Zach LaVine, and Nikola Vucevic combined to score 60 points on 21-of-71 shooting, which simply can’t happen when they’re playing against such a tough opponent like the Bucks.

In the fourth quarter, the Bulls had the perfect opportunity to take control of game one and steal this game from the Bucks when the Bucks stumbled themselves and only scored one point in the first four and a half minutes of the final frame. But, guess what. The Bulls only scored three points during that same span (an Alex Caruso 3-pointer), with LaVine and Vooch both really struggling offensively over this stretch.

DeRozan had arguably his worst game of the season, shooting 6-of-25 from the field (2-of-8 inside the paint and 4-of-15 from mid-range). The Bucks did a great job of making it difficult for him, but he missed some easily makeable shots that he has drained all season long.

He insists it won’t happen again, “I don’t know what the hell was going on. Probably a week off. It just wasn’t me. Every shot felt good. I guarantee you me, Vooch and Zach aren’t going to miss that many next games.”

Now onto Vucevic; probably the most frustrating for Bulls fans to watch. Vooch battled hard all game, and there were times when he took over, including in the third quarter as the Bulls made their comeback. Also, his stat line was stellar: 24 points, 17 rebounds, three assists, two blocks, and a steal, looks great right?

Well, he also shot 9-of-27 from the field (3-of-11 at the rim and 2-of-10 from 3-point range), which was defeating for a team that was already struggling on offense. Also, he had prime opportunities to give the Bulls momentum but missed wide-open way too many times, and after a while, his missed layups were rally killers. So, although he put up a good stat line, they meant nothing because they never contributed much.

The Bulls are undersized and are not a stellar 3-point shooting team; that’s obvious, but their stars are the backbone of the team, and when they’re not clicking, and they don’t have Lonzo Ball (out for the season) to facilitate the offense, it makes it ten times harder to win games.

Game two is tomorrow. Let’s home that the Bulls learn from their mistakes and end the night with a “W” instead of a “L”. 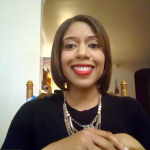 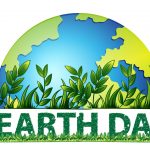