Recently AP News released an article reporting on a new climate change partnership between the state of California and the country of New Zealand. The pledge, signed by Governor Gavin Newsom and Prime Minister Jacinda Ardern, involved sharing ideas on how to fight the climate crisis.

Both those places are being hit hard by climate change. New Zealand recorded its hottest winter ever this year, at around 50 degrees Fahrenheit for three months straight, and California has had its driest winter ever. These events are probably why the two governments decided to sign this agreement now.

California wants to ban sales of all their gas-powered cars by 2035, and New Zealand wants 30 percent of theirs gone by then. The two governments are hoping to offer deals and incentives to people so they can get rid of gas-powered vehicles. The two places also want to bring down emissions from their agriculture industry.

This isn’t the first time California signed these types of climate agreements with countries, either. They also have deals with China, Canada, and Mexico.

The U.S. needs to keep making these agreements with other countries, especially progressive ones like New Zealand. After the Christchurch shootings in 2019, in which Brenton Harrison Tarrant took a gun into two mosques in the country and killed 51 people, injuring 40, they voted to ban most automatic and semi-automatic weapons. This is something America should learn from. Not only is the U.S. not doing enough to stop its mass shootings (in fact, basically nothing at all), but it’s also not doing enough to stop global warming. It continues to allow big corporations and the 1 percent to do whatever they want to the environment around them. While small agreements like the one between New Zealand and California are a start, the U.S., and the world in general, needs to do better to keep our planet alive.

If we don’t, our generation may not see the worst of the effects, but the next one certainly will. The last generation left us struggling to put the planet back together, leaving some damages that are already irreversible. Let’s not do the same to the children of the future. 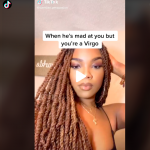 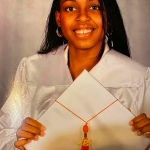