This week, Bradley University, located in Peoria, IL, announced that they are enacting a two-week quarantine for all students on campus. All classes will be online during this time.

The university’s president, Stephen Standifird, sent out an email, saying that students must quarantine in our dorms, apartments, or frat houses. He also said that he wouldn’t have us do this if he didn’t believe that we would be able to stop the virus from spreading.  Standifird also put out new campus guidelines for the next two weeks. Some of these include not being able to leave campus, and if we do, we should stay put where we go, like home. We are allowed to go get food from our student center, and dining halls, but everything is to be taken out, and if we do go outside, we are required to wear masks and social distance, but we are supposed to stay indoors for the most part.

Before this announcement was made, I had just been tested for the virus, because I was a close contact to one of my friends who tested positive. He is one of two people that I know of for sure in my friend group who tested positive, that I was in close contact with. Although my roommate and I tested negative, we were pre-quarantined to the on-campus apartments. We weren’t the only ones in our friend group who had been instructed to quarantine in the apartments, and all of us tested negative. However, given this move, I am not afraid that I will get the virus, because I don’t leave the apartment often, and when I do, I have a mask on, and don’t touch anything.

For my friends that did test positive, their situation is a little different. They are required to isolate for 14 days, which means they are physically alone for 14 long days. One of my friends said that he was “very lonely,” and due to the fact he was in the apartment by himself, he “couldn’t enjoy it as much as people who weren’t required to isolate would.” One of my other friends, who also lives in the apartments said, “I enjoy living in the apartments. There is so much more space than in a dorm, and we get our own bathrooms, and rooms. For me, it’s a cool preview of what next year can look like, since we do have to go back to the dorms eventually.”

It is, however, a little bit of a different situation for those who stay in the dorms. A friend of mine who stays in the dorms says that “It is really quiet, and kind of lonely. But it is also a little scary, because we have to share a bathroom, so if someone does have it, but never got tested, we wouldn’t know. So we really have to be careful with what we touch, and making sure that we wash our hands. But as long as we are in our rooms it isn’t too bad.”

There are mixed feelings between students on whether this is an effective and necessary move. Some students, like myself, believe that this move was actually late in happening. We feel like we should have moved in, and then quarantine immediately, so that people who came to campus with the virus would not have been able to spread it as easily. There are some students that believe that this is a good move, and that now is a good time to do it, just so they aren’t as tempted to break the rules, since they were able to taste freedom, so they aren’t desperate for it. And then there are those students, who–whether they agree with the policies or not–just don’t care, and are going to do whatever they want anyway, and go see who they want, and go where they want whenever, or refuse to walk around with a mask. There aren’t a lot of those students, but we all know they exist.

If students follow the rules, then this should turn out to be very beneficial, and maybe we will be able to go back to completely normal activities. It is nice to see that the school does care about us students, by putting in counter measures before the virus spreads out of control. Hopefully this change proves fruitful. 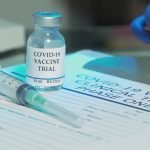 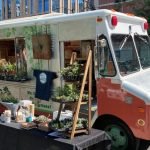