Camron Smith, sports broadcaster and founder of the Chi-Side, took time out of his schedule to offer advice on how career versatility leads to career longevity, and offered tips on the dos and dont’s of interviewing.

The first thing Smith talked about was his educational background and how he got where he is in his career today. Smith, a former True Star instructor, was born and raised on the West Side of Chicago. He said while growing up in the late ’80s and early ’90s he didn’t have many examples to look up to in areas like sports media, broadcasting, or journalism. Some of the few people who represented him in media were people like Robin Roberts and Stewart Scott.

As a former high school and college basketball player, Smith still wanted to be involved in sports after deciding that being in the game just wasn’t a part of his path anymore. From his sophomore year to his senior year, Smith had the chance to be involved in TV production. This opened his eyes to a world outside of playing professional basketball. These series of decisions led him to majoring in communications and specializing in radio and television.

One of the important messages that Smith shared with us was to have a “bigger picture” mindset. The key of versatility leading to longevity is not to box yourself in to only being able to do one thing.  Be as versatile as possible so that all opportunities that you would want to pursue are available to you. Being skilled in a variety of things also keeps you from being overlooked when an opportunity comes your way.

Smith, a NABJ Chicago member, said that earlier on in his career people tended to only view him as a sideline reporter. Once his producers and directors understood his other skills he was considered for more jobs, opportunities, and frankly more money. The quick overview of this point in his presentation was that you want to be able to spread yourself out so that you are ready for whatever project, game, or feature comes your way.

After sharing some of his clips from live interviews, Smith dropped some more of his own personal tips as a bonus.

Ladies and gentlemen, Cameron Smith’s Dos and Don’ts of Interviewing:

Hopefully you can use Smith’s advice to help you build your own brand and get to where you want to be in your career. For more information about Smith or Chi-Side visit his Instagram page.

We created opportunities for young sports enthusiasts to get an alternative look at the game they love. At the 8th annual Chicago Elite Classic, we provided young journalists their first taste of covering high school basketball. 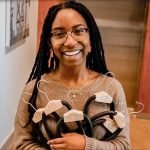 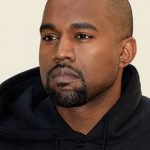