In her 15th season, Candace Parker continues to strive for greatness and create history along the way.

This week, while Parker was busy helping the Chicago Sky clinch a playoff berth and achieving another 20-win season, there was big news in L.A. waiting for her. Parker won yet another Best WNBA Player ESPY award.

The 36-year-old also recently won the Chicago League Title IX Award for her excellence in leading women’s sports on and off the court. Chicago’s mayor, Lori Lightfoot, awarded Parker the award.

In response to winning the award, Parker said, “I know this is a celebration, but I owe it to the future generation to challenge all of us here, challenge all those that are listening to continue to open up the door for young girls; to continue to really value the diversity of thought, the diversity of leadership; to continue to empower young girls in their mindsets. It’s not okay in fourth grade that the boys get brand new uniforms and the girls don’t. They get hand-me-downs. That’s not okay. I have bragging rights. My nephews are here. My oldest brother – he played 10 years in the league. He played with LeBron. He was cool, whatever. My nephew wears my jersey to school on jersey day.”

Parker is one in a million athlete, activist, and overall human. So many people around the world look up to her. It’s great to see her getting the recognition more great women in sports deserve. 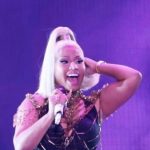 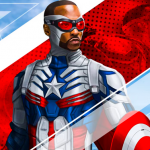