Candyman is the movie that has everyone talking and for good reason. We recently posted an article that talked about the movie’s blockbuster opening weekend and the real life facts behind it. This time we’re going to give you a review. But before I dive into this, let me say that if y’all haven’t seen it already just know that there are spoilers ahead. You’ve been warned. Proceed at your own risk.

I got a chance to see Candyman at an advance screening and let me tell y’all it was a full house, and by the time it was over I think everyone was satisfied. If you don’t know, Candyman is a sequel to the 1992 version of the film. This version has a stellar cast that includes Yahya Abdul-Mateen II (who also starred in Watchmen) playing Anthony, a young artist, and Teyonah Parris (from Chi-Raq) who plays Abdul-Manteen’s girlfriend Brianna, an art curator. The film even brings back the original Candyman Tony Todd. The film sets us to about a decade or so after the original Candyman struck. It’s set in Chicago’s now gentrified Cabrini Green area where the story of Candyman originated. Anthony encounters a man who once met Candyman and immediately he becomes engrossed in the origin of Candyman that goes as far back as slavery. Intrigued with the story, he decides to do an exhibit on Candyman in which he dares the viewers of his art to summon Candyman by looking into the mirror and saying his name five times. This begins to bring a string of violent deaths.

Slowly Anthony begins to change, becoming more engrossed in the idea of Candyman even daring to summon him himself. The most recent story of the next Candyman goes deeper and strikes closer to home than Anthony thought. It was believed that a young college student, Helen Lyle, became engrossed in the story of Candyman as well, back in the day, to the point that she had a psychotic breakdown and began killing people. During that time, she also kidnapped a young child. During a Cabrini neighborhood ritual, she attempted to throw the child into the fire but he was saved and she was killed. Well, we later learn that Helen in fact didn’t kill the child but instead attempted to save the child. Candyman was really responsible for stealing the child from his home and attempted to kill him in order to make the boy the next Candyman. Can you guess who the child was? Yup! Anthony. That was probably the biggest plot twist of the entire film.

Outside of the plot, I personally enjoyed the social commentary that was sprinkled throughout the film quite naturally. A focal point was given on the gentrification of Cabrini, located on the North Side of Chicago. Fun fact, the movie was actually shot in Chicago, so that was definitely a bonus! Overall, Candyman isn’t the monster people make him out to be. He is instead there to protect the Black community and avenge for the wrongdoings that Black people have endured. The movie calls out the wrongdoings and mistreatment of the community throughout the centuries and how it has continued into the present day.

If you like horror and gore this movie is definitely up your alley. I highly recommend that everyone go watch it! 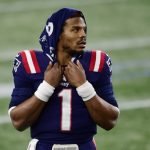 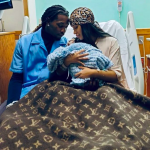