The one and only Cardi B took to the stage last night to host the 2021 American Music Awards,  and it was killed INDEED. Silk Sonic (Bruno Mars and Anderson Paak) opened the award show with their new song “Smokin’ Out The Window.” You can say that I am a fan of the Mars and Paak duo, which is why I couldn’t sit down for their entire performance. These awards are based off the votes of the fans. There were many smiles, surprised faces, and warm hugs from the winners as they collected their awards. Here’s a quick recap on some of the highlights of the night’s event.

The unique talent of Drake’s music has led him to be awarded Favorite Male Hip-hop Artist of the year. Drake’s soothing vibe that can be played any time of the day, is what makes him unique to me.

Talented Texan Megan THEE Stallion was awarded as favorite Female Hip-hop Artist. Megan has juggled earning her college degree while being one of the best artists in America. Megan’s beat to her song is what always has me moving. Congrats to Megan AAAAH.

Megan was awarded once more for favorite hip-hop album for “Good News.” Sis is snatching these awards! I can agree Megan is giving the gworlzz talent. AHHH

The Weeknd was given an award for favorite R&B Artist. I’ll admit, I was pretty upset that my favorite artist Chris Breezy lost this category, but I still cheered The Weeknd on for his win.

Cardi B won favorite hip-hop song “WAP.” As we all know this song is a hit, but can only be played in headphones. Cardi gets very explicit when performing this song. If you know, YOU KNOW. She came through with the catchy beat that gets everyone hyped.

#6 New Artist of the Year

Congrats to Oliva Rodrigo for earning New Artist of the Year honors. Wishing her the best of luck to grow and prosper as an influencer in the music industry.

For me, there were two standout performances of the night. One came from New Edition during the battle of the boy bands against New Kids on the Block. The fellas came dripped in their trench coats and fedoras. Can you say they were too clean? Yes, you can. I am naturally an old soul, so I knew every dance move that went along with the songs they performed. I gave them 110/100 for their performance.

The second top act, in my opinion, was from Chloe Bailey. Her performance was profound. When on stage, Bailey resembles The Queen Bey, so I expected a high energy performance from our girl, and that’s exactly what she gave us.

Overall, I gave the AMA ceremony  a 7 out of 10 rating. Did you watch? Do you agree with me? Let us know with an emoji. 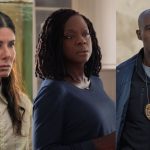 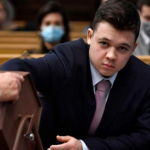