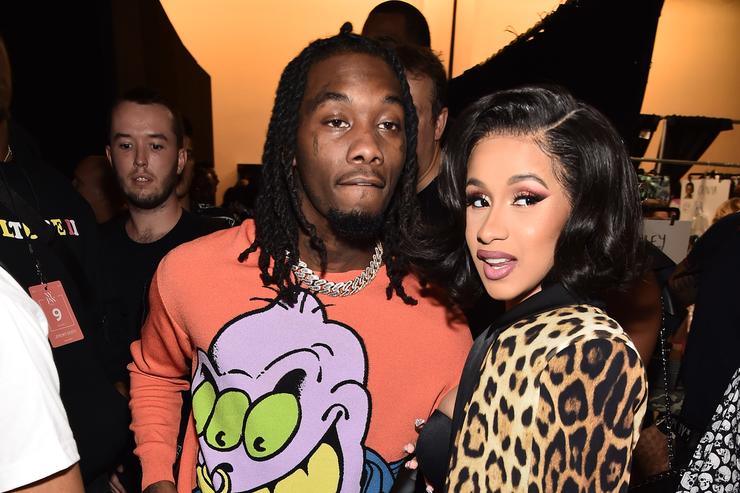 Wednesday morning fans were learning that one of hip-hop’s it couples s-p-l-i-t. In an Instagram post Cardi B announced that she and hubby Offset are no longer together.

In the video, the “Bodak Yellow” rapper stated, “And you know, I been trying to work things out with my baby father for a hot minute now. And we’re really good friends and you know we’re really good business partners and you know, he’s always somebody that I run to to talk to, and we got a lot of love for each other, but things just haven’t been working out between us for a long time.” She even captioned it “There you go…peace and love.”

Despite their recent rap battle for Christmas decorations and other outings that may give off the illusion that they were a happy couple, from Cardi’s post, things haven’t been so sweet for a while. The couple secretly got married last September because they weren’t in a hurry to let the world know. Cardi said this is what inspired her debut album title Invasion of Privacy, she tweeted, “cause people will do the most to be nosey about your life. Welp f**k it!”

Not only has the couple made popping music together, but they also created a beautiful baby girl, Kulture Kiari Cephus, this past July. Accusations of Offset cheating have been going around since 2017. A leaked video of Offset cheating went viral last December, yet Cardi still stayed. It seemed as if she was just ignoring the signs, because we all know love can be blind. But sis had her breaking point after a recent beef between rappers Asian Doll and Cuban Doll exposed Offset wanting a threesome with Cuban and another girl. The Internet was going crazy when numerous receipts of Offset’s cheating were posted by one of Cuban’s ex-friends.

What’s worse though, Offset knowingly cheating on his wife or his apparent mistress crying on Instagram Live saying, “I didn’t know how serious his marriage was.”? The entire situation is messed up. Regardless we are praying for Cardi. No one deserves to be cheated on. We hope that Cardi and Offset can come to some sort of conclusion for the sake of their daughter.