The holiday season is a time for giving. Celebs such as Nick Cannon, Meek Mill, and Nle Choppa are just a few who did their part by giving back to the community.

Meek Mill, artist, and co-founder of the REFORM Alliance, paid off the bail of 20 incarcerated women from his hometown of Philadelphia.

“No one should have to spend the holidays in jail simply because they can’t afford bail,” Meek Mill said. “I’m grateful for the opportunity to help these women be with their families and loved ones during this special time of year.”

According to Fox 29 , five out of the 20 women were released last Friday night and reunited with their families, just in time to spend Christmas Eve and Christmas Day with their loved ones.

Nick Cannon and Brittany Bell teach their children a valuable lesson about giving back this season. According to People, the pair stepped out to volunteer their time at the Los Angeles Mission’s annual Christmas Feed-the-Homeless event last Friday. The family including their three children, Rise Messiah born in late September, Powerful Queen, 2, and son Golden Sagon, 5 in a half years old, helped serve meals and took a moment in between to pose for some family photos.

Nle Choppa completed a young boys Christmas list. Choppa wrote in an Instagram post that he stumbled upon a video on TikTok of a young boy AJ telling his mom what he wanted for Christmas. Nle took note of the video and decided that he was going to surprise the young boy with not only the gifts he wanted, but Choppa was going to bring them.

Take a look at Choppa in action. 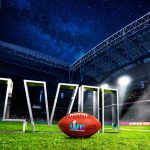