Like most comedians, Dave Chappelle is a… controversial man. And what I mean by that is that you either love him or you hate him, which just tends to be the nature of most comedians. Especially for a comedian like Chappelle who has been in hot water for misogynistic comments as well as offensive remarks made at the transgender community.

The “hate” part of his profession reared its ugly head on May 4th when Chappelle was attacked during his “Netflix is a Joke” festival set at the Hollywood Bowl. And with social media being that way we all know it is, videos and pictures of the event were trending within hours. The videos show a man (unidentified at the time) running on stage and tackling the comedian.

When the man was pulled away by security Chappelle composed himself and walked closer to the scuffle. “I am going to kill that motherfucker,” Chappelle said.

A trending picture from later that night also shows the attacker being led to an ambulance on a stretcher…looking admittedly rough.

The attacker was later identified as Isaiah Lee, 23, a want-to-be rapper from Los Angeles.

Following the incident Lee was transported towards a hospital for his injuries, and later taken to the police station and arrested. His bail was set at $30,000. The weapon the attacker used was also eventually determined to be a replica handgun that hid a knife blade.

According to TMZ, Chappelle revealed that he had spoken to Lee, his attacker. Chappelle said, “I needed to talk to him to find out why he attacked.”

Chappelle said Lee’s motivations all came down to his grandmother, and getting attention for the  women who he said had been forced out of her neighborhood because of gentrification.

Don’t ask me what he expected to happen…I can’t figure it out either.

But despite what Lee did and how he expected it to help, the whole thing doesn’t seem to be coming to a close any time soon as Lee recently pleaded not guilty. Cali residents are also upset that Lee was not initially charged with a felony for his actions. So yeah, there’s that too.

All we can wait to do is see how this plays out under the law. 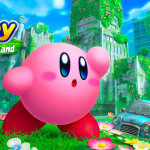 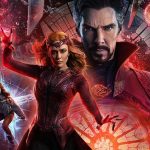