Months after the death of George Floyd, Derek Chauvin’s trial finally began. According to CNN, the jury consists of 14 people. Of these 14 individuals, there are five men and nine women. Eight of them are White, four of them are Black and two of them are mixed-race people.

Chauvin is being charged with the death of Floyd. Evidence includes eyewitnesses as well as the video of the police encounter that went viral on social media platforms and even reached people in other countries. The death of Floyd has sparked outrage worldwide and contributed to the outbreak of many riots and protests in 2020. This outrage still continues as more innocent Black lives have been taken at the hands of the police.

Despite the video evidence, Chauvin has still pleaded not guilty. If he was to be convicted, “Chauvin could face up to 40 years in prison for second-degree murder, up to 25 years for third-degree murder, and up to 10 years for second-degree manslaughter,” said CNN. All of these charges are supposed to be separate, though, so if he’s convicted, it will be of all, some, or none.

The thing that’s making many people anxious to see what results from this trial is the fact that it is not uncommon for White cops to get off with killing Black people and not suffering any consequences.

“This verdict will ultimately tell us everything we need to know about where Black people stand in America,” said Monique Petty-Ashmeade, a sophomore at DePaul University. “If the verdict comes out with either [Chauvin] being not guilty or a slap on the wrist like they did the LaQuan McDonald case, then it’ll just prove yet again that the justice system was never meant to protect Black people, but instead gaslight and belittle our lives and issues.”

There will be people upset regardless of how this trial plays out, but there will definitely be chaos if Chauvin isn’t given jail time for the murder of Floyd. “If the officers aren’t [found] guilty, then America should prepare,” said Keith Edwards, a freshman at Harold Washington.

It seems that everything is being said and done to make Floyd be the one seen as guilty as opposed to the police officers that took his life. There have been claims that Floyd was under the influence during the time of the incident and that he had a preexisting heart condition that could have contributed to his death. Regardless of whether this is true or not, any normal person placed in this situation wouldn’t be able to breathe just like Floyd wasn’t.

“The video proved this man applied full-on pressure to [George Floyd’s] neck. The cause of death was that knee to his neck,” said Petty-Ashmeade.

Prayerfully, Chauvin will be found guilty and face the maximum prison sentence as be punished for his actions. 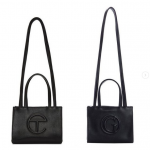 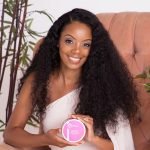