On March 3rd, Chi Arts students once again banded together to fight for their rights and safety within the school. Students themselves organized yet another protest, this time against the school administration and its failure to respond and hold those necessary accountabilities in regards to the many sexual assault reports and cases.

The protest took place from 3:00 pm to 4:00 pm, in Humbold Park outside the Chi Arts building. It was supported by staff, teachers, and parents.

Izzie Reyes, a senior actor, commented, “We put a lot of faith into our administration, but time and time again they failed us as students.” She, along with a few others, spoke about their frustrations with the lack of action seen within the school. “There are students here that shouldn’t be here, and we shouldn’t have to sit in the same room with them knowing the trauma that they caused.” Reyes added.

The protest was organized and planned for a little over a month ago with the intent to have a diverse group of people come together to have a voice. Grace Fowlie expressed her concern and some of the things that she wants to see as a part of immediate action. “We made a list of some of the things we want to see, one of the biggest things is taking accountability for the sexual assault cases that were reported, and actually doing something about it.”

Great pride and demand came from the students as the walked the neighborhood streets yelling chants like, “Hey Hey! Ho Ho! Sexual Assault Has Got To Go!” and “What Does A Scholar-Artist Look Like? This Is What A Scholar-Artist Looks Like!” Students showed their solidarity and voice in various ways including crating posters and painting parts of their face and body the colors of Sexual Assault Awareness Month.

“We’re hoping that this will force the admin to finally listen to us and do their job,” said Kendrick Jackson, a senior musical theater student. “This protest will be covered on so many media platforms, we can’t do more than this.”

Brave students gave speeches and shared spoken words giving the voices of countless students a platform to speak their concerns and complaints. Now it’s up to the administration to make change happen. 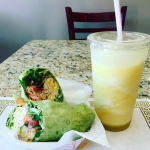 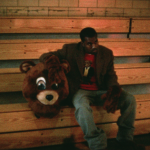