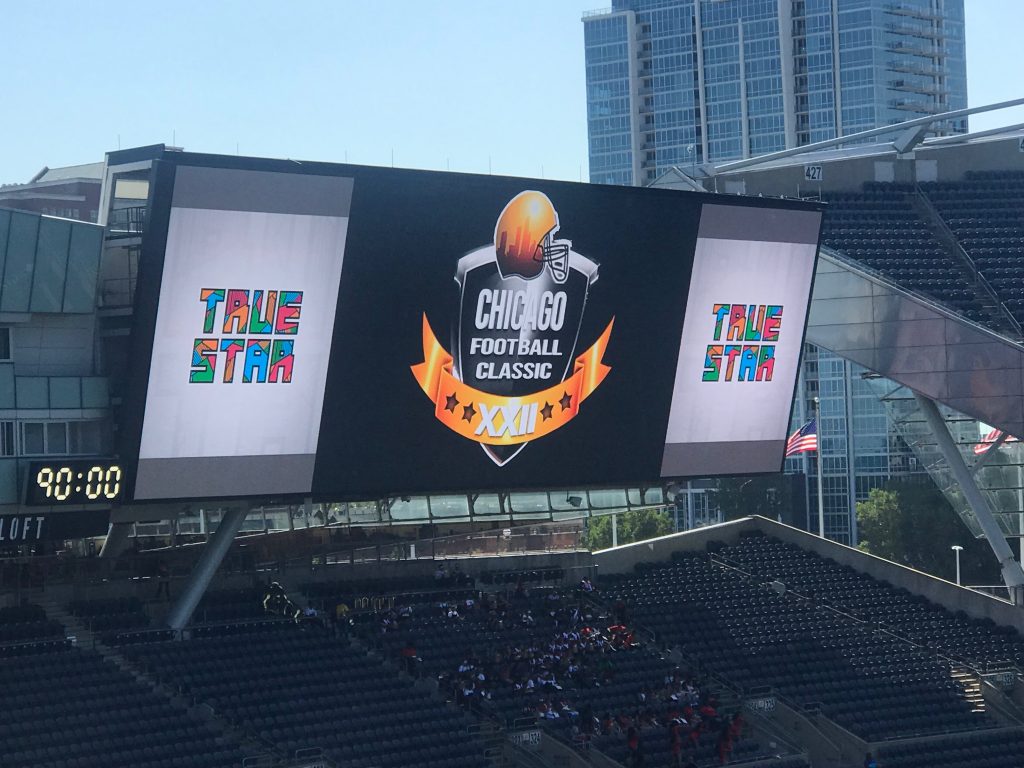 A visit to Soldier Field this past weekend for the Chicago Football Classic was THEE best way to close out the summer. The Classic brought together alumni and fans of the Hampton and Howard HBCUs. Things didn’t stop there either! There was a college fair and band competitions too. Beautiful, hot weather and amazing experiences were the themes of the 22nd annual Chicago Football Classic and True Star has you covered on the deets!

The day jumped off with an HBCU college fair. The room was filled with reps from schools like Clark Atlanta University, Grambling State University, Morehouse College and of course Hampton and Howard Universities. The energy from teens who were excited to get information to secure a bright future was so strong. “In the Black community, you think that you’re less; but we’re actually way more than you think. My whole life I thought I was stupid or dumb, but I see that there are a lot of colleges I can get scholarships for and have the chance to go,” said fair attendee Manyah Chatman.

Before the fair wrapped up, I spoke with Dawn Evans, a rep from Hampton University. “The students are really interested in going to an HBCU. They came over looking for information about admissions, financial aid, the various majors, and I was happy to give them that information. It was a delight.” Bottom line, this was a hit! 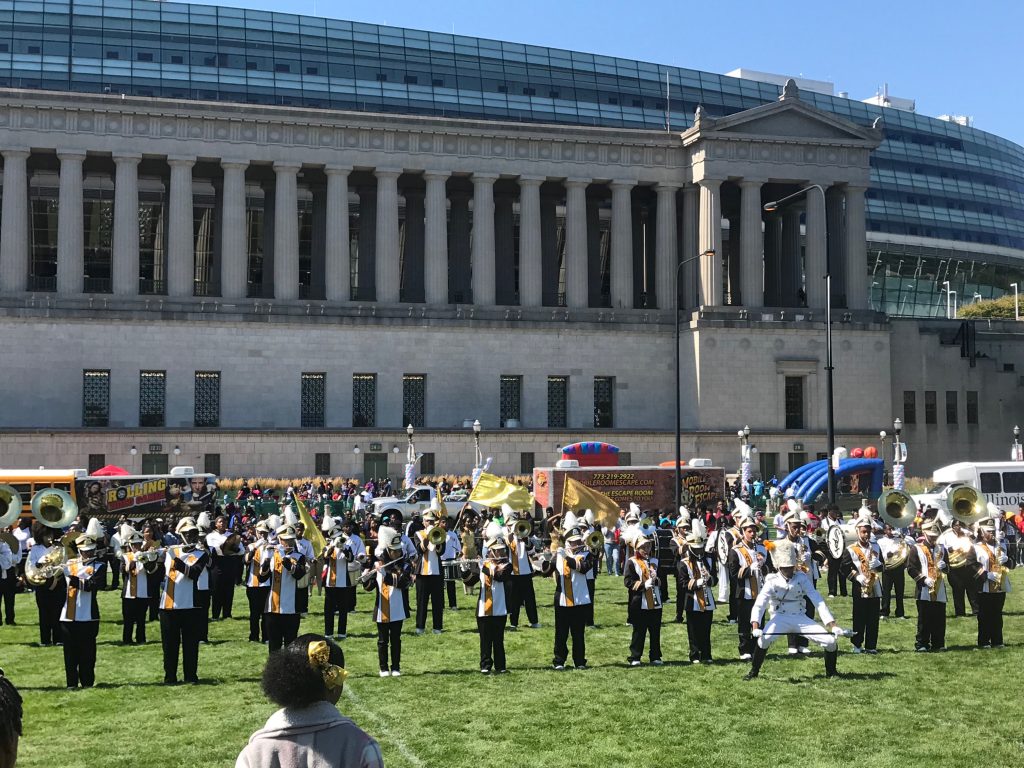 Next, was the high school Battle of the Bands. Drumlines, marching bands and majorettes from Proviso East, King College Prep, Dunbar Vocational and Rich Township District 227 were a handful of the competitors trying for the top spot. Old school bangers like “Children’s Story,” “Can’t Touch This,” and “Can You Stand The Rain” were performed. Fans, friends and family lined the field for a good look, but they’d have to wait until after the game to find out the winner. 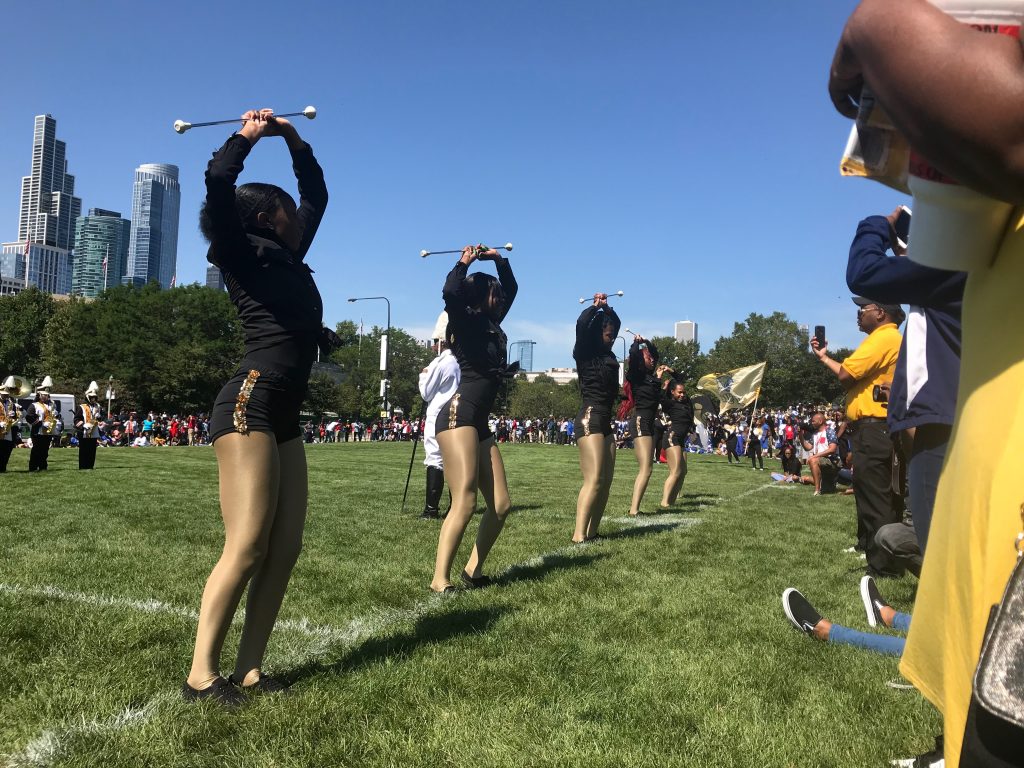 The stadium started to fill up and Hampton made the right heads or tails call to be awarded the kickoff!

The first points of the game were scored at the 5:15 mark thanks to a 37-yard field goal made by Howard’s freshman kicker/punter, Nick Fariss. Two incomplete passes were thrown by Caylin Newton. Fun fact! Caylin is the younger brother of NFL star Cam Newton. Two touchdowns were scored by Jadakis Bonds, Hampton wide receiver. The first half ended with a Hampton 19 – Howard 3 score.

Epic is the best way to describe the Hampton vs. Howard Battle of the Bands Halftime Show! The energy was wild on both sides. Hampton’s band blasted their instruments to songs like Drake’s “Championships” and Demi Lovato’s “Sorry Not Sorry.” They even threw shade at Howard (literally). 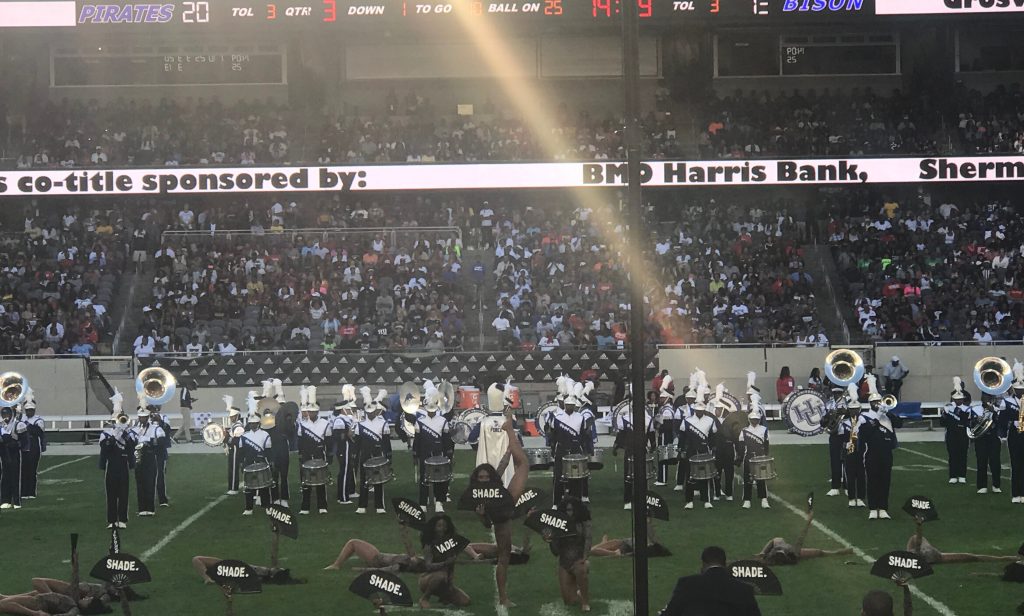 Howard came back with dances and performances to Drake and Chris Brown’s “No Guidance.” They turned up the crowd even more when they broke out the Chicago House Music. 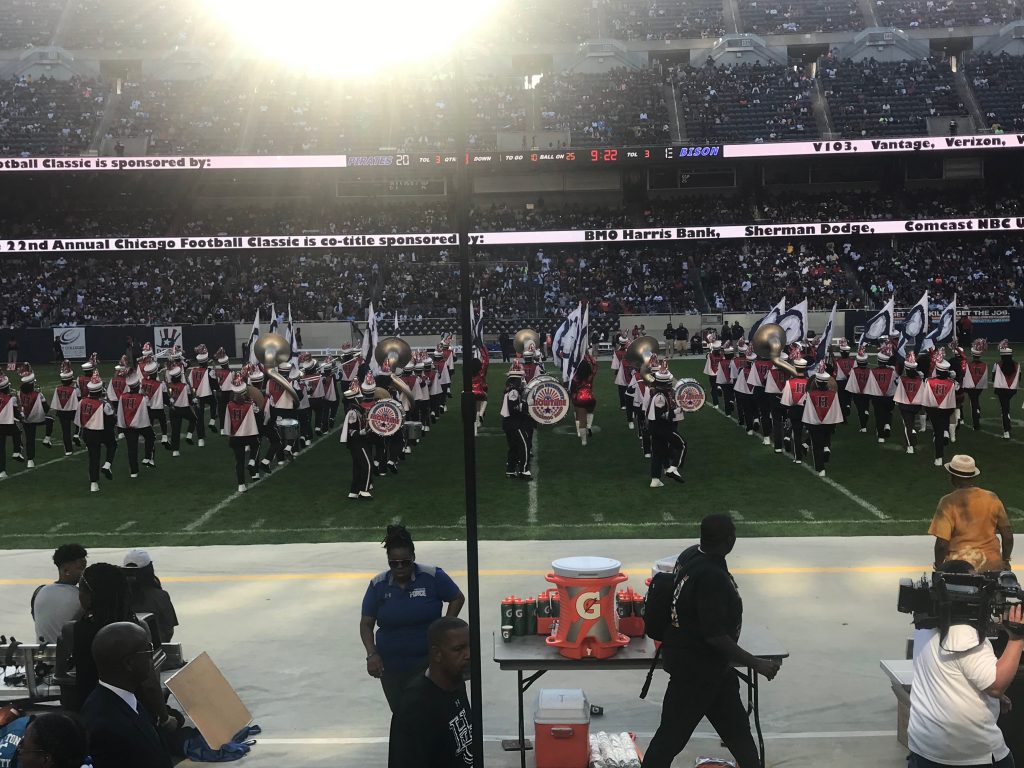 In the third quarter we saw Hampton take a huge 33-13 lead. The fourth quarter was finalized with a 41-20 victory for the Hampton University Pirates. 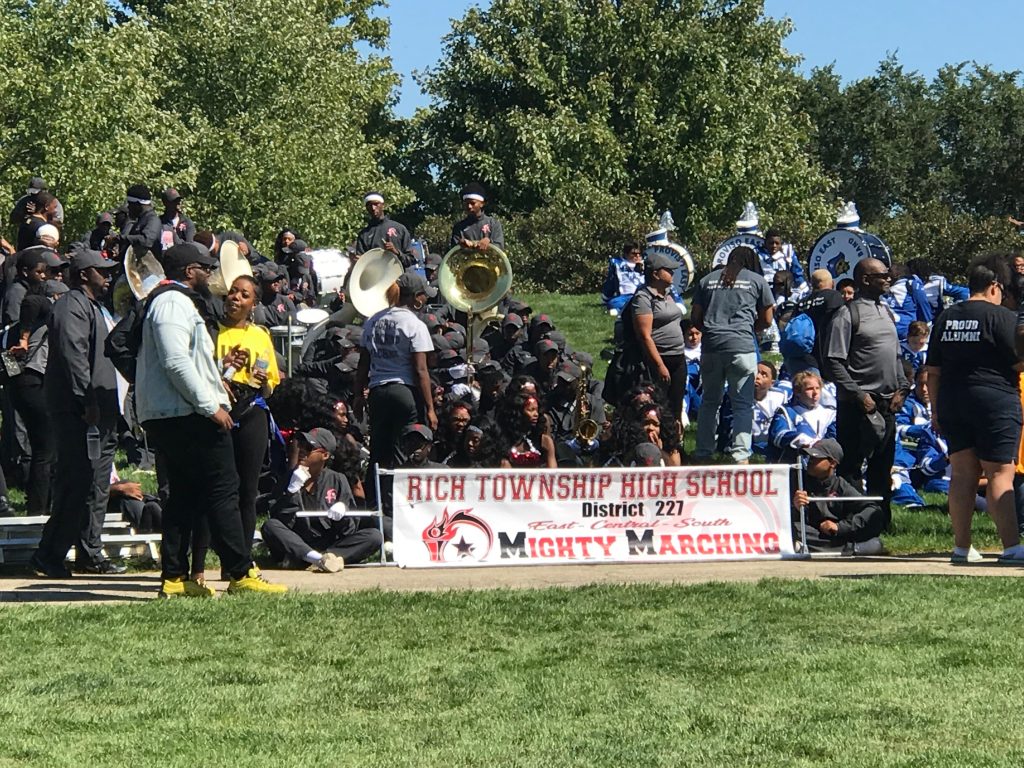 As for the Battle of the Bands winners… Howard took everyone by surprise and beat Hampton. Rich Township District 227 took first prize for the high school division. Thornwood came in second and Proviso West was third. At the end of the night, Deondre Francois, Hampton quarterback, and Christian Angulo, Hampton cornerback, walked away from the game with MVP honors.

Just like its name, this year’s face-off was a classic.