Chicago is quite the hot-spot for filming. A ton of movies across the industry have featured many buildings and blocks from the Windy City to encapsulate the perfect environments, whether to interpret Gotham as a desolate, dark city, or the playground for massive gorillas to wreak havoc.

A 2021 movie that used Chicago as it’s back was the horror movie Candyman directed and co-written by Nia DaCosta. The movie was also co-written by Jordan Peele, Win Rosenfeld, and DaCosta. The locations used were filmed in Cabrini–Green, Marina City Towers, Museum of Contemporary Art Chicago and North Park, according to latlong.net.

The film Batman Begins (2005), by Christopher Nolan and starring a young Christian Bale as Batman, was featured on Lower Wacker Drive, which is near Lyric Opera of Chicago. The latest installment of the franchise, The Batman, also had portions of the movie shot here. According to atlasofwonders.com, there were a few Chicago scenes in the newest movie, one of them being the L station at Adams and Wabash.

The Christmas comedy Home Alone from 1990, was mainly shot in the Chicago suburbs, with the iconic house being in Winnetka. The second film also had most beginning scenes in the O’Hare airport.

The bombastic and chaotic movie RAMPAGE, starring a certain Dwayne “The Rock” Johnson, saw most of the “concrete jungle” areas of downtown Chicago absolutely obliterated through the carnage of the wild rampant beasts.

With the exception of the newer projects, these were all films I saw when I was younger. During a rewatch, it was a lot of fun going through the movies and recognizing the Chicago locations.

Have you been to these places before? @ me on Twitter with a picture! 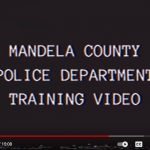