Did you catch the NFL Draft? If you missed it, all you need to know is that milestones were truly made for Chicago!

The Chicago Bears had a steal on the first draft night grabbing Ohio State’s Justin Fields, becoming the team’s next possible franchise quarterback for the next couple of years. Not only is he a dual threat quarterback on the field, but he’s also a difference maker off the field. When COVID hit the U.S., the BIG 10 football conference was willing to shut everything down, but Fields wasn’t willing to accept that. He’d made a petition issuing why sports should continue collecting over 300,000 signatures! Fields is truly a trailblazer for Chicago. He posted to his Instagram: “The Beginning of Something Great.”

On the last two nights, the Bears were able to pick up two great offensive tackles: Teven Jenkins, from Oklahoma State University in the second round, and Larry Borom from the University of Missouri. They’re ready to go and help out the Bears as best as possible and block for Fields.

History was also made on the first night for some Northwestern players. Coach Fitzgerald drafted two first round players ever in the team’s history. The offensive tackle, Rashawn Slater, was the 13th overall pick and was drafted to the Los Angeles Chargers. Cornerback Greg Newsome II, the 26th overall pick of the night, went to the Cleveland Browns. When Newsome was drafted, his mother was quoted as saying, “I am so beyond proud…I know he’s a great player but also a better man.”

Now that the draft is over, The question on the minds of many Chicagoans is will Fields succeed in his first year as a Bear? Will the Northwestern players live up to the hype? We’ll all be waiting to find out when the NFL season begins September 9th. 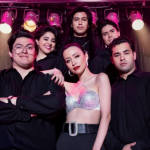 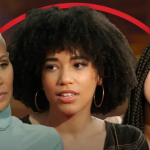