After School Matters has recently announced that the George Lucas Family Foundation has donated a gracious sum of $25 million to the youth organization.  Just in case you didn’t know, Lucas  is the well-known movie maker and father of Star Wars. He is also the husband of ASM Board Chair Mellody Hobson.  This announcement is good news to Chicago teens because the donation will be used to reinstate stipends for teens participating in ASM school year programs beginning in the fall 2014 program cycle and keep giving stipend for teens participating in the summer programs.

With the help of the foundation’s donation ASM can deliver 22,000 program opportunities for Chicago teens next year.  In addition to the George Lucas Family Foundation gift the city is also investing $12 million in the program, which should allow an additional 4,400 teens to participate in the program, according to the NBC 5 News website.

A big thank you goes out to both the George Lucas Family Foundation and the city for making it possible to help bring high quality and impactful programs to Chicago teens. 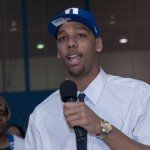 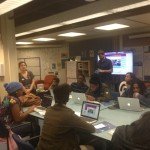