On Saturday, July 20th 2013, in downtown Chicago, a rally for the Trayvon Martin case was held. Many different types of people were there to protest against the verdict that was given against George Zimmerman. People held signs and posters with images of Trayvon on them. There were also guest speakers like M.C. Lyte, Reverend Jesse Jackson and Father Mike Pfleger and many others in attendance. The Chicago community has finally come together for a good cause and it’s to get justice.

This rally was filled with all types of people from black to white and young to old. Omar, 18, of Chicago’s Southside said: “I felt like it should be dealt with. How you gon’ kill somebody then not stand up for what you did? Then he just walks away without no justice? I think it’s just a difficult justice system. The whole system is messed up.”

Khalil, 15, of Chicago’s Southside had this to say: “George Zimmerman shouldn’t have been able to walk away as a free man. If it were anybody black, the first thing the courts would have done is lock us away.”

Almost everyone in the crowd had a sign and most made their own. Melvin Nelson, 63, of Chicago’s Southside had a homemade sign saying “What is the color of justice in a Florida court of law?” Nelson explained to True Star what his sign meant. “It appears to me every time a black individual goes to a Florida court they don’t get true justice. When the whites go into the court they get different justice than blacks. So, what is the color? Are we just saying white, black, brown or what? What is the color of justice? Who is justice for? It should be for all.”

As the rally ended, people still held onto their signs as they all went their separate ways. This event is something that could never be forgotten. This rally is one step forward to making a big change. 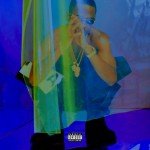 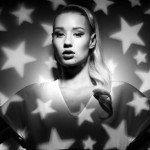