A while ago, I told ya’ll about how Wendy Williams went in on Chris Brown on her show calling him a woman beater and a junky, just to name a couple of things she said. According to NecoleBitchie.com Chris Brown’s name came up again while Perez Hilton was on The Wendy Williams show. One thing that came up was Chris’s interview with TheGuardian where he revealed that he lost his virginity at age 8, to a 14 year-old. This time Wendy didn’t say much, it was Perez Hilton who threw the shade. Here’s what he had to say:

“Chris Brown has been really quiet, until now. He doesn’t give very many interviews, for good reason, because he always gets into trouble when he does so. In this new interview he talks about a lot of things. A lot of people have been globbing on to the fact that he reveals that he lost his virginity when he was just eight years old… It’s kind of really inappropriate. At 14 you should know better than to get with an 8-year-old. I think it’s really revealing and telling, the fact that now he’s describing it in such a way as, ‘Yeah, doing it that young helped me be a beast at it and the best at it!’ Chris Brown has a disease, his disease is, he has half a brain. I really think he has half a brain, it’s not working properly.”

Has Chris Brown ever been known to not respond to shade? You know he had something to say and he took it to Twitter. Check out his tweets:

“Thanks for the publicity. Your insecurities are manifested by your hatred. Princess Perez and wicked witch Wendy.”

“Who cares. It’s old.. Your old.. Im not going anywhere… Face it and live with yourself.”

And Perez had to respond:

What yall think? Did Chris Brown have every reason to go ham on Wendy and Perez? 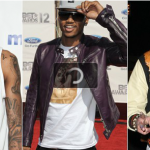 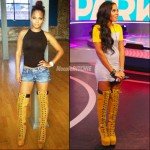