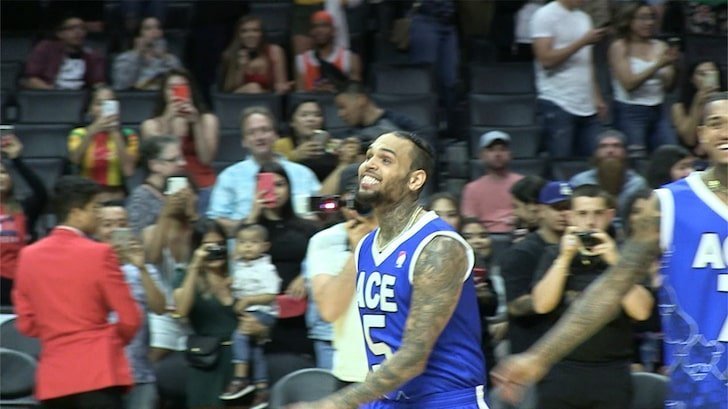 On Saturday June 29th, the annual ACE Family Charity Basketball Game happened at the Staples Center. While the Staples Center is most known for selling out games for the Lakers and the Clippers, the event sold over 20K tickets and saw an abundance of widely known people show up and show their support. Some of the well known faces in the building included Chris Brown, Austin McBroom, Tana Mongeau, Lil Pump, Jake and Logan Paul, Nick Young, Jordan Clarkson, James Charles, and Pauly D to name a few. The event itself is a charity basketball game, highlighted by the various celebrities playing in the game. Every participant in the game donates $50,000 regardless if they win or lose. The winning team then chooses a charity in which the money collected will be donated to. But not only the money that is donated by the participants will be donated, but the sales tickets, online tickets sold (for people to livestream the game at home), and thousands of dollars collected by those generous enough to donate.

Advertising for this event worked out well for the ACE family, and it showed. The event doubled in ticket sales since last year’s event, and is most likely going to grow larger as the popularity of the ACE charity basketball game grows. Brown may have highlighted this year’s game as the biggest celebrity, but who knows if next year’s star is going to be bigger?

In the end, the team led by Brown was defeated by Austin McBoom’s squad with a final score of 100-95. Austin and his team chose to donate to the Painted Turtle Charity, a camp for kids with serious medical conditions.