Everybody’s been talking about Ciara’s baby bump for a while, but she’s been keeping it quiet. According to s2smagazine.com, Ciara finally confirmed the pregnancy rumors on “The View.” Check out what Sister2Sister Magazine reported:

Show creator Barbara Walters wasted no time getting to the question on everyone’s mind.

“You know, I don’t usually ask personal questions. But everyone’s saying to me, ‘You gotta ask, you gotta ask. There are rumors about pregnancy?” Barbara asked. “Do you want to confirm?”

Ciara needed little more prompting than that before she stood up to reveal her baby bump, after saying, “Of course, I would love to.”

We all knew it was true, we were just waiting for the confirmation. Congrats to Ciara and her fiance Future. 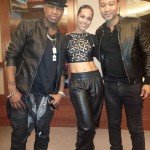 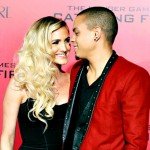