Y’all remember Cinderella, right? Blonde, blue eyed, quiet and shy? Had two evil stepsisters and a stepmom that made Cruella look like Winnie the Pooh? Well, the novel Cinderella is Dead  definitely isn’t Disney’s Cinderella. In this dope, YA fantasy retelling of the classic, the novel follows a queer girl named Sophia. Sophia lives in a town that worships the legend of Cinderella. Every girl is made to read and memorize the book, the town’s people follow the story like the law, and basically the story is as important to them as the Bible is to Christians. But Sophia isn’t down with the expectation that all girls have to grow up to marry a prince. She isn’t interested in princes at all. Sophia is in love with her best friend, but they’re not able to be together because of…(sigh) the patriarchy. When she meets the final descendant from Cinderella’s family, a red haired and gorgeous queer girl, they decide to band together in order to fight back against the oppression of girls in their town and for the right to be themselves.

It’s 200 years after Cinderella found her prince, but the fairy tale is over. Teen girls are now required to appear at the Annual Ball, where the men of the kingdom select wives based on a girl’s display of finery. If a suitable match is not found, the girls not chosen are never heard from again. Sixteen-year-old Sophia would much rather marry Erin, her childhood best friend, than parade in front of suitors. At the ball, Sophia makes the desperate decision to flee, and finds herself hiding in Cinderella’s mausoleum. There, she meets Constance, the last known descendant of Cinderella and her step sisters. Together they vow to bring down the king once and for all–and in the process, they learn that there’s more to Cinderella’s story than they ever knew . . . This fresh take on a classic story will make readers question the tales they’ve been told, and root for girls to break down the constructs of the world around them. “Kalynn Bayron does more than re-write a fairy-tale . . . She breaks it apart and rebuilds it into a wholly original and captivating story where girls finally decide for themselves who lives happily ever after.” ― Brigid Kemmerer, New York Times bestselling author of A CURSE SO DARK AND LONELY Buy links and info: https://linktr.ee/KalynnBayron #cinderellaisdead #YA #lgbtqbooks #blackgirlmagic #fantasy

Okay, this book was a roller-coaster!!! I loved how much of a spitfire Sophia was and how she had two love interests. The book was literally never slow and was so action packed, I couldn’t put it down. I swear I finished it in just a few sittings and let me tell you, she thick. I think the book was approximately 400 pages but it just flew by. Some things I didn’t love though, was how heavy handed the feminist themes were. Every single page the author, Kalynn Bayron,  reminded us how oppressed girls were, how bad the men in the town were, and how awful of a situation it was. It got a bit exhausting to read, I got the sense that I was reading the same paragraph and ideas over and over again. So I wish the writing had been a bit less overbearing with pushing the (very important) social justice themes.

I loved how most of the characters were people of color and how the book talks about resistance and being true to who you are. There’s also a queer boy character so that was awesome to see. Overall, I recommend this book and think it’s the very definition of #BlackGirlMagic. 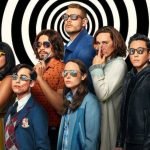 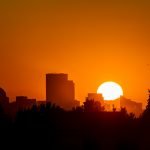