According to an article by the CDC, climate change doesn’t just affect the natural environment, it affects your health, too.

Let’s start with mosquitos and tick bites. Changing seasons and temperatures allowed them to spread throughout the United States and reproduce more, creating bigger populations of them. Between 2004 and 2018, the cases of Lyme disease, anaplasmosis, ehrlichiosis, and spotted fever rickettsiosis caused from bites from these bugs have doubled. In fact, in 2012, the same changing temperatures caused an outbreak of the West Nile Virus in the U.S., which caused more than five thousand cases and almost three hundred deaths.

Other diseases caused by animals being displaced have been reported too, like warming temperatures in Alaska causing increased vole populations, and spreading Alaskapox to humans. Bigger outbreaks like Ebola and monkeypox also have been caused by displaced animals.

Did you know that fungi could carry diseases? Surprisingly, hot weather can cause soil to crack and fungi to rise out of the ground, spreading diseases like Valley Fever to the Pacific Northwest. These fungal illnesses are often misdiagnosed by doctors, too. They can cause terrible infections and even death. The climate crisis also increases the chances of earthquakes and floods, which can shake up people’s homes and make deadly mold grow there.

It won’t just be humans getting sick, either. Your pets are at risk, too. Global warming can cause bad algae to grow in areas with lots of fresh water, like Lake Erie has been unfortunately finding out. Dog deaths were reported after drinking water that’s been contaminated with that.

So climate change isn’t just nature’s problem, it’s our problem, too. Even small acts of kindness towards the ecosystem can help, like throwing your wrappers in a trash can instead of the ground. Keep yourselves and your pets safe by helping keep the earth healthy just a little bit. 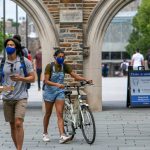