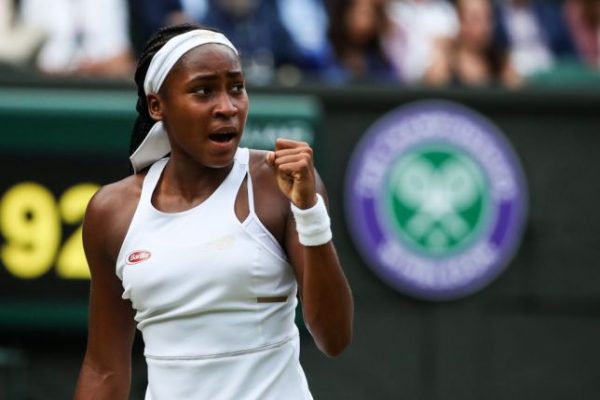 Cori “Coco” Gauff’s time at Wimbledon may have come to an end, but there is no denying she has accomplished something that most people only dream of. At only 15 years old she beat many elite tennis players in London this year, including her idol Venus Williams. Even after all these amazing wins, she remains humble. There’s a lot that many teens and young adults can learn from her, including how to succeed at a young age.

As an African American female Gauff is already underrepresented in the tennis world just because of her race. However, she puts that all aside and remains positive and continues to do her thing. She is an example that anyone who puts their mind to their dream can accomplish whatever they want. Gauff said she never expected to be on such a big stage playing in front of the world, but she overcame her fears and achieved it.

Famous celebrities have also recognized her great achievements, including former First Lady Michelle Obama, Magic Johnson, Jaden Smith, and many more. In a recent interview with a CNN anchor, she was asked what her biggest piece of advice was for young people. Gauff said, “To always dream big and don’t let anyone limit your dreams because the possibilities are endless, and if you can think it, then you can do it.” Wise words from a brilliant young lady.

Now, go do whatever you believe in, because like Gauff said, the possibilities are endless!