The NIL era has begun, and the world of college student-athletes has drastically changed. After decades of court cases, activism, and growing political pressure, the NCAA has passed a law, finally allowing college players to cash in on the multibillion-dollar industry for their “name, image and likeness”.

The new law can not help former athletes who are banned. But, it permits schools to pay for athletes’ academic tutors, musical instruments, textbooks, graduate scholarships, computers, post-eligibility internships, and study-abroad programs— including other educational perks. The rule also allows limited cash rewards for grades and graduation.

Currently, 28 states have the law in place. States without legislation are allowed to create their own NIL laws based on these NCAA guidelines:

Many players are taking advantage of this and bringing in some huge bank.


King is one of the earliest athletes to start profiting; he has many deals in place. He is the first college athlete to partner with a professional team, the Florida Panthers, to appear at games to help promote the NHL organization.

Many wonder how the lesser-known players, including walk-ons, will get a piece of the pie. The Kentucky Wildcats made it happen; the entire roster has signed a season-long deal with ProCamps U and Kentucky Sports Radio. The partnership will bring unique behind-the-scenes content and events to Wildcats fans.

Rattler has signed with the fast-food chain Raising Canes and has a clothing line coming soon. His signings are significant because he is one of the biggest stars in the college world to dive into the NIL world. He is amongst the favorites to win the Heisman trophy this year. Also, Rattler promised to give a part of his earnings to “helping underserved people and underserved communities.”

Now, the NCAA is going through the most significant change to college sports in nearly 50 years since the implementation of Title IX, the gender-equity law. The college sports landscape will never be the same. 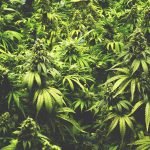 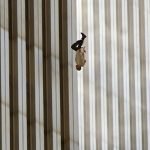