Apparently, for a while now there have been rumors going around questioning if Raven-Symone is gay or not. Well, she’s putting these rumors to rest. Check out what Necole Bitchie had to say:

Today, she had Twitter on fire after she praised the government for finally overturning The Defense of Marriage Act back in June which would allow her to get married to someone of the same-sex.

“I can finally get married! Yay government! So proud of you.”

Adding some fuel to the fire, she even retweeted a fan who said Raven’s been out even though she hasn’t officially commented about it.

@H8teTheeSquares: She been out, momma just didn’t have time for bulls–t. and I LIVVVEEE @_BeatrixKiddoo: You better come out sis.”

I have to say in 2013, it’s hard to tell who’s gay or not because it’s such a trend. All in all, if this is truly who Raven-Symone is, I wish her all the best. 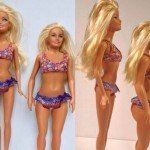 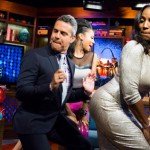