Corrine Bailey Rae’s self-titled debut album was released 15 years ago this week! This album ultimately catapulted the singer-songwriter into fame. Let’s take a walk down memory lane as I tell you some of my favorite tracks.

Rae opens up the album with this gentle song that was released as a single. It was the first song written for the album and was dedicated to her first husband before his untimely death in 2008. It’s a sweet tune about being in love and how her lover lights up the world no matter how much they may argue.

“Put Your Records On”

Everyone knows this classic: “Girl put your records on/ Tell me your favorite song/ You go ahead let your hair down.” This stayed on the radio back in the day and for good reason. It also earned Rae Grammy nominations for Song of the Year and Record of the Year. The song also pays homage to Bob Marley’s, “Three Little Birds” with the opening. To me, this song represents the epitome of Black girl happiness.

“Call Me When You Get This”

This is such an underrated bop! You guys, this song is such an up-tempo love song where Rae talks about being in love and caring for her lover. It’s as if she’s leaving them a voicemail spilling all of her feelings and wraps it by saying, “Call me when you get this.”

I know we’ve all been in a situation where we’ve found ourselves crushing on a friend and hoping for it to eventually be more than that. Well, this soulful tune describes that feeling perfectly.

Sometimes you just want to enjoy the simple things in life and that’s okay. Rae explains that to her lover in this song. “Sometimes you don’t understand where I’m coming from/ I’m just trying to make you see that I desire the simple things.” The beat and Rae’s vocals really make this song so fun to listen to.

This album was the embodiment of the mid-2000s. If you haven’t heard it, I highly recommend you stream this classic. 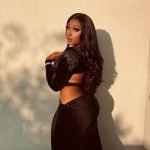 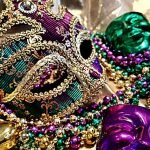