Rumor has it that the powers that be are looking to trade the great Russell Wilson from Seattle due to the lack of communication and “unnecessary” hits he’s taken over the years. People had begun to wonder, “Why now?” I feel as if it is more to that than meets the eye. Let’s go down memory lane right quick.

“In the third round and 75th pick, the Seattle Seahawks select Russell Wilson from the University of Wisconsin.” In that draft moment Wilsons’ life would be changed forever. The kid from Richmond, VA., had made it to the pros. By his size and athleticism in his early days, he had  always proven his hard work and leadership on the field. In his high school career he had averaged 6,000+ passing yards and 74 touchdowns leaving out of Collegiate school. Wilson worked his way to the top, brushed the haters to the side, continued to study hard, play hard on the field, and beat opponents in style while doing it. All this eventually led to Wilson playing division one football.

Wilson has been in the league for a decade with many accolades like being a 7x pro bowler, the 2020 Walter Payton Award winner, and the Super Bowl XLVII champion making it to the championship within a year of NFL experience under his belt. Being the leader he is, and as a starting quarterback for the Seattle Seahawks, he takes the blame for the offensive mishaps and the praise when they win against monster defenses like the San Francisco 49ers, Los Angeles Rams, and countless other teams.

On the 10th of March Wilson put up a picture on Twitter with the caption saying, “In The Lab.” People in the comments began to wonder if he was giving out hints of where he was going between the Dallas Cowboys, Las Vegas Raiders, New Orlean Saints, and the Chicago Bears. In the comments, fans tried connecting the dots that would make a symbol of the bears logo and many other hypotheses. With the recent signing of Dak Prescott to the Dallas Cowboys for the next four years, the list has shortened.

Will the Bears make a trade for Russ this offseason? pic.twitter.com/tAVCCAPBnK

According to Bleacher Report, the best and risky bet is for the Chicago Bears to take a big swing on trying to get Wilson after the average season they had in 2020-21. If Seattle loses Wilson they can lose their franchise quarterback on top of millions of dollars of a cap space for the 2021-22 NFL season.

Now with the spring season right around the corner, many teams are trying to get their hand on Wilson before the team training begins. With time ticking down, what do you think Wilson’s best move would be? Should he stay with Seattle or head to the bears? Are the rumors even true? So many questions yet no answers. DM me and let me know your opinions. 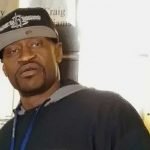 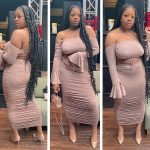