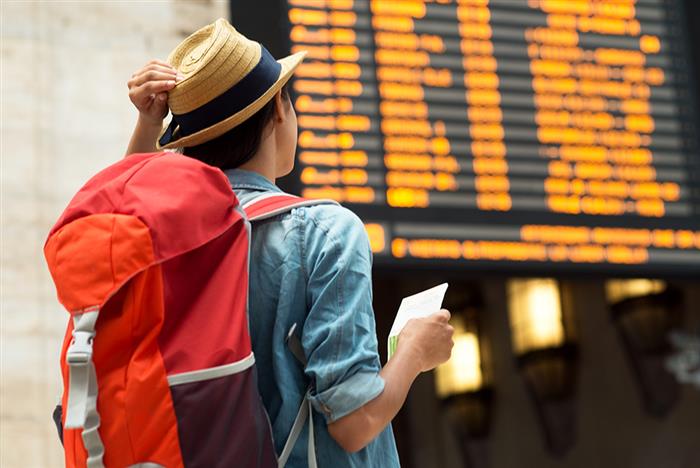 With many colleges moving to remote learning due to COVID-19, such as Harvard and Princeton, this would’ve put the 1 million plus international students in the U.S. in a compromising position: return home, or transfer schools, two already unfair options.

After almost immediately receiving backlash and pressure from colleges, state law enforcement officials, and businesses, the Trump administration went back on this ruling.

According to The Wall Street Journal, “During a short hearing Tuesday afternoon, U.S. District Judge Allison D. Burroughs confirmed that an agreement had been reached. She said the government would rescind then the policy, withdraw an FAQ detailing the rules and return to the status quo of guidance issued in the spring.”

Two international students had a lot to say about the ban and the rescission of the ban. Both incoming freshman attending Columbia College Chicago, Manuela Álvarez, and Ollie van den Heuvel shared their story with TSL.

Álvarez is from Bogota, Colombia, and will be studying musical theatre. Heuvel was born in the UK and grew up in the US (New Jersey/New York.), lived in Barcelona for a few years, and is now finishing up living their fourth year in Singapore and is planning to move to Chicago. They’ll be double majoring in stage management and creative writing. Here’s what they had to say about the ban and its rescission:

TrueStar.Life: What made America the right place for you to attend college?

Manuela Álvarez: The U.S., especially the city my college is in, has a better appreciation for the performing arts than my country. It’s a cultural hub for the arts…that and education in my country isn’t the best (especially for my major), so I decided to go somewhere with a rich musical theatre history and great drama programs.

Ollie van den Heuvel: I thought I would be able to have a lot more opportunities for my future and it would be an easier transition there since I have dual citizenship in the U.S. and the Netherlands.

TSL: What were your initial thoughts on the (SEVP) July 6th order?

OVDH: Honestly, just confusion and anger. I personally didn’t have much to worry about for my education [because of dual citizenship]…however, a lot of my friends are purely international students, and the stress of them having to go back home baffled me.

MA: I wasn’t surprised. Legislation like the one introduced was to be expected, considering the U.S. government’s stance on immigrants since President Trump was elected. [My speculation is that] With the economic crisis brought by the pandemic and the necessity to provide jobs for U.S.-born citizens, this only gave the government the perfect reason to justify the SEVP (Student and Exchange Visa Program), regardless of the little sense it made to “save American’s jobs” from students who, legally, can’t work in the U.S. without proper paperwork.

TSL: What were your plans going to be for the fall semester if the ban was still in place?

MA: I would’ve stayed at home and taken a semester online. It wouldn’t be the college experience I was expecting when I applied, and it certainly would rid me of any performance opportunities for the semester, but it was better than nothing.

TSL: How do you feel about the ban being lifted?

OVDH: I’m extremely relieved for everyone it affected, especially since there are so many international students in the states.

MA: While part of me is relieved, I’m still incredibly cautious. Like I said before: Corona provided the perfect justification for actions against immigrants. Meaning a new ban could be introduced just as restrictive as the last. This is why I’m heavily considering still taking a semester in my country, I don’t want to face possible deportation if another ban comes along. Better safe than sorry.

There are still issues that international students are facing, even with the ban rescission. Hopefully, if ICE tries to implement another ban, colleges, state law enforcement officials, and businesses will come together again to fight for these students. They deserve access to proper education just like the rest of us.