The yearly announcement of the Super Bowl performers is always a big deal. But this year, the lineup of music trailblazers has football and music fans rapturous.

For the first time ever, the group of multi-award-winning artists will perform together at SoFi Stadium in Inglewood, California. Conjointly, the musicians have merited a lofty total of 43 Grammys and 22 No. 1 albums on the Billboard 200, according to Variety.

In a statement to Variety, Dr. Dre said, “The opportunity to perform at the Super Bowl Halftime Show, and to do it in my own backyard, will be one of the biggest thrills of my career,” adding, “Snoop Dogg, Eminem, Mary J. Blige, and Kendrick Lamar [are] joining me in what will be an unforgettable cultural moment.”

Vice president of marketing at Pepsi, Todd Kaplan, had some exponential praise for this year’s musical lineup saying, “Artists like Dr. Dre and Snoop Dogg were at the forefront of the West Coast hip hop revolution, so to be able to bring them back to L.A., where it all began alongside Eminem, Mary J. Blige, and Kendrick Lamar will prove to be an epic, unforgettable celebration of the impact hip hop has today.”

Yahoo News reported that Dr. Dre also had a good cause in mind when he made the final decision to take part in the Halftime Show. “One of the main reasons why I decided to say ok I am going to do the show is because the NFL and Pepsi decided to donate money to the schools we are trying to build.” The super producer is on a mission to build 10 high schools across the united states in urban areas.

When Jay-Z struck a deal with the NFL, some were upset. They viewed him as a sellout because he joined forces with a league with a controversial reputation for blacklisting Colin Kaepernick for kneeling during the national anthem. But, others were fine with the business decision by Jay-Z because he became the consultant of the NFL’s entertainment program and the Super Bowl Halftime Show. Meaning the halftime shows would be on point.

Since Jay-Z and Roc Nation took over as the strategic entertainment advisors of the live show, it has been exhilarating and unforgettable. They have showcased memorable collaborations with the Weeknd in 2021 and Jennifer Lopez and Shakira in 2020. This year is expected to be even better, if not the GOAT, of all halftime shows.

In an interview with “Entertainment Tonight,” Snoop said his gem, “Gin and Juice,” might be performed.

“You might, man, depending on how they feel,” he said in regards to whether or not fans can expect to hear the hip hop classic. I know I feel that I want it, but I gotta wait for their orders and instructions, so we’ll be on point; whenever we get the information.”

Snoop also said the team of artists have yet to address the setlist.

Nevertheless, it’s safe to say fans are thrilled about the lineup this year, as they should be. With iconic music figures, Snoop, Dr. Dre, Eminem, Mary J. Blige, and Kendrick Lamar, this Super Bowl Halftime Show is shaping up to be history in the making. 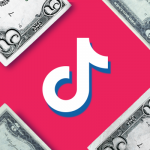 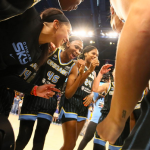