Nearly 100 players are in the NBA’s COVID health and safety protocols, and the Omicron variant is ravaging the country as we speak. Because of this, rosters are taking tough losses, and this NBA season is slowly mirroring the 2020-21 season, which was a nightmare.

According to The Athletic’s Shams Charania, stipulations from the league include: fully-vaccinated G League players called up must report five successive negative tests before joining an NBA team.

The new, temporary rules are in effect and will be in until Jan. 19. Also, replacement players’ salaries do not affect a team’s salary cap or luxury tax, and when a team has to sign a replacement, the player must be ready for its next game.

Many would say an event like this would not be beneficial for anybody. But, G-league players would beg to differ. There has already been a wave of former players getting a chance to potentially rejuvenate their careers as teams are using the hardship exception to sign players, temporarily bypassing the roster limit.

Players like the beloved Isaiah Thomas recently made his Lakers return, having joined the team after exploding with a 42-point performance in his G League debut with the Grand Rapids Gold.

Also making a return is Lance Stephenson, who is reportedly on his way to the Atlanta Hawks as of Tuesday. The last time Stephenson logged NBA minutes was in April 2019 as a member of the 2019-20 Los Angeles Lakers. He was also a member of the Grand Rapids Gold alongside Thomas.

The Coronavirus has brought the league many trouble’s in the last few seasons. It has shaken some NBA teams and created an awkward NBA where the status of players is always looming, healthy or not. But, if you’re looking at the glass half full, it’s pretty cool to see some NBA vets make a comeback. 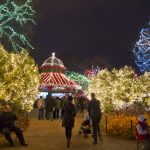 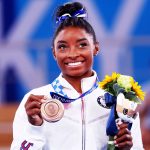