Jay Z’s album, Magna Carta Holy Grail, went platinum even before it was officially released. July 4th Jay allowed people to download it using the Samsung application. The album sold so well that the app stopped working. He sold over a million copies within the first 24 hours.The album sold even more when the album dropped to the public.Beyonce congratulated her husband by posting an old graduation pic of him that said “Bow Down” with the caption, ” ‘Platinum #MagnaCarta.”

Check Out The Spotify Stream @ HIPHOPDX

The critics are true haters.They don’t think his pre sales should count towards his platinum album.They think it is unfair and are judging him.I don’t get it.People need to let the BEST rapper alive do whatever he wants.Stop hating so much.People love to steal the joy out of things.I personally love the album.It deserves the platinum title.My fav song has to be Jay Z ft Beyonce On the Run.The song is great and the album is F I R E.

To the critics and haters–bow down.He been on! 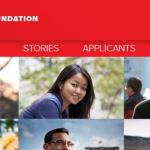 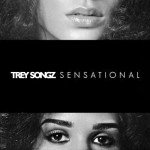