Alright Bears fans, I have some bad news for you. The Chicago Bears are leaving Soldier Field and going to Arlington Heights. At least, that’s my expert opinion. The plan to move is not longer an “if” but a “when,” as the Bears have already signed a purchase agreement for the Arlington International Racecourse property, according to bloomburg.com. This property is 326 acre property and the Bears copped it for $197 million. The move is horrendous for fans like you and me, but objectively great for the team and its owners since a new stadium means more money in their pockets.

Soldier Field is apparently the oldest stadium in the NFL, and more importantly the smallest. Expanding the stadium to fit more people is difficult due to the iconic columns in the stadium. But even with a plan to renovate the stadium, which the city gave the Bears, it seems that they are dead set on moving out of the city because the Bears don’t actually own the stadium. Soldier Field is owned by the Chicago Park District which means that the Bears can’t actually inherit all the paper that the stadium generates. On top of that, they don’t own any of the restaurants or businesses around Soldier Field. With this new land in Arlington Heights, the Bears can build a new stadium and have plenty of land leftover to build things that can generate the team a greater cash flow.

The move makes sense economically, but I still don’t support the move because Chicago is the Bears’ home. Taking the Bears out of Soldier Field is like an act of treason because a great football team, such as the Bears, should be based in a great city like Chicago. To keep it a buck “The Arlington Height Bears” doesn’t have the same ring to it. Our mayor honestly didn’t do enough to keep the team at home, as she was focused on taking jabs at the team instead of keeping them happy at the crib. “This is clearly a negotiating tactic that the Bears have used before, … Like most Bears fans, we want the organization to focus on putting a winning football team on the field, beating the Packers finally, and being relevant past October,” Lightfoot said. “Everything else is noise.”

I don’t support the move, but it looks like it’s inevitable. A big part of why I’m a superfan of the team is because they represented my home, but now that they’re leaving I’m not sure my love for them will follow them. Just kidding of course my love will, but they will continue to represent Chicago this season and the next. So with that being said, I have to go to Soldier Field before the team leaves. You should do the same. 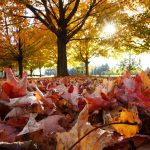