This legendary line followed by the iconic aesthetic beat that pops up in my head is from one of the most notorious groups in music history, the dance duo of Daft Punk. Unfortunately, they recently released one of the biggest shockers about their “boy-band”. After 28 years, Daft Punk has officially ended.

Despite the Parisian duo having left their impactful imprints of some of the most popular dance and pop styles ever made, they released this news with no prior fair warning. However, the manner in which they released this statement of their era being over was in a way fans would understand. In an 8-minute video titled “Epilogue,” Daft Punk broke the news with an excerpt from their 2006 Electroma film. In the short film the members blow themselves up. The underlying reason for their breakup seems to remain unknown. Will we ever know? Hopefully so.

According to pitchfork.com, ”Thomas Bangalter and Guy-Manuel de Homem-Christo formed Daft Punk in Paris in 1993, helping to define the French touch style of house music. Their debut album, 1997’s Homework, was a dance music landmark, featuring classic singles ‘Around the World’ and ‘Da Funk.’ By the release of its follow-up, Discovery, in 2001, the duo had taken to making public appearances in the robot outfits that became their trademark. The singles ‘One More Time’ and ‘Harder, Better, Faster, Stronger’ cemented them as global superstars. Their imprint in the popular imagination continued to deepen in subsequent years, with records including third album Human After All, live LP Alive 2007, and the Tron: Legacy soundtrack album.”

Honestly, when I heard of the news of their dynamic duo ending, I was devastated. All I could remember were the late summer nights with my friends as we blasted their iconic hits through our speakers with the windows rolled down. We felt like the night would last forever. Another memory that comes to mind is dancing to Daft Punk at a close friend’s kickback as we took photos with a Polaroid. Many of my memories and their music will go hand-in-hand.

Daft Punk isn’t a typical band that the majority of teenagers or young adults might “normally” listen to. But, that’s always one of the very few things that I loved about this unique duo. Of course, you have the love for Drake, Future, Majid Jordan and more, but Daft Punk was a special kind of era. They were a part of what I liked to call “aesthetic” music that gives you goosebumps and takes you back to nostalgic moments.

Although the duo may be ending, this only gives the party/club scenes (post-COVID, of course) a reason to blast their music for our generation. This is definitely something I can’t wait for. It’s the only way we can say goodbye to this eccentric duo in our own way. The visuals they’ve created and the personas are something that everyone’s alter ego needs.

Despite Daft Punk calling it quits, their legacy will still remain to reign forever. 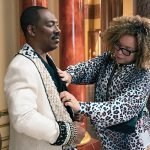 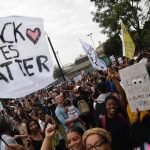