Every year, the Pulitzer Prize is awarded to a phenomenal journalist through their work in newspapers, magazines, literature, journalism, or even music compositions. Among the recipients of this honor and illustrious award, is someone who has no prior experience with professional journalism, but had the courage as a bystander to visually capture the dangers of being Black in America.

Meet Darnella Frazier is the woman responsible for recording George Floyd’s last moments. On May 25th, Frazier at the age of 17, was walking to a store in Minneapolis to purchase snacks, only for her to be robbed of her childhood through a life-shattering, traumatic experience. Accompanied by a younger cousin, Frazier recorded recently convicted murderer Derek Chauvin kneeling on Floyd’s neck as he lay powerless for nine minutes and 29 seconds.

Now, at the age of 18, Frazier is forced to cope with the trauma of seeing a helpless Black man lose his life. In addition to that, she’s had to deal with threats for being responsible for what is regarded as one of the most important and defining civil rights documents in modern history. In her words, for “being in the right place at the right time.”

“It’s a little easier now, but I’m not who I used to be,” Frazier said. “A part of my childhood was taken from me. … Having to up and leave because my home was no longer safe, waking up to reporters at my door, closing my eyes at night only to see a man who is brown like me, lifeless on the ground.”

The Pulitzer Prize committee awarded Frazier with the Special Citation award of 2021 to honor her bravery and proactiveness in seeking truth and justice, according to NPR. Frazier’s clear video recording was not only used as evidence in the trial and sparked a global movement, but it helped to rightfully convict the man whose hatred led him to take Floyd’s life.

Congratulations on receiving this award Darnella Frazier, and thank you for capturing the truth. 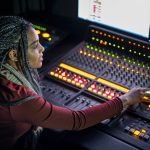 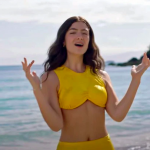