Who our mothers are defines us, and who their mothers are defines them. The relationship between Black women connected by blood and love is always usually a complex one–only understood by others raised by Black women as well. Daughters of, Directed by Shantrelle P. Lewis, brings that complexity to the public in documentary form so that those who can relate, and others not raised in it, can get a glimpse into the lives of some amazing women.

The doc, described as “a multifaceted-initiative to examine the immediate and critical importance of self-care and healing for Black women through the lens of their matrilineal traditions,” invites Black women to share stories of “hope, healing, and happiness.” The concept was sprung from a campaign by GirlTrek. Founded by Vanessa Garrison and T. Morgan Dixon, GirlTrek’s incentive is to make sure Black women have a space for healing and self-care. The doc does a wonderful job of capturing the campaign’s original essence.

Producer JaSaun Buckner shared with TSL why this doc is a must-see for girls. “I think it’s important for teens and young adult girls to see a film like this so that they can talk to their mother, they can talk to their grandmother, or other women in their family, to really start to accumulate the stories and study what has worked, what’s worked well, what hasn’t worked and learn from those stories.”

The beginning of the documentary starts off with a quote, that basically sums up everything I took away from this in one simple sentence: “How simple a thing it seems to me that to know ourselves as we are, we must know our mothers’ name.” The rest of the doc follows this theme in similar succession by providing real-life testimonials.

Introduced to us is a multitude of beautifully spoken, passionate, and successful Black women who bravely explain their relationship with the women in their family as well as how they viewed them growing up. Across everyone’s interview are parallels that you might find–that their mothers were strong, that their grandmothers overcame terrible adversities, and that they found a welcoming community in Black women wherever they migrated to.

One of the most important things shared in this doc were the inspiring stories of self-care. Besides that, these women are connected by something more than their experiences in the community. They’ve participated, advocated, and credit much of their self-growth to the GirlTrek movement that they have been active members in.

Said excellently by activist Tarana Burke, founder of the #MeToo Movement, “You can’t get to healing if you can’t talk about it.” Daughters of provides that time and space to hear women talk about it and GirlTrek gives women the support and place to heal.

Often the mental health of Black women is cast aside, and not presented as important. This stems from the world thinking that we have to be strong all the time, that it’s our only setting. While survival in a world that seems so against us, requires that strength, it can also wear you down. Even if you are not at that worn down place, even though the hope is that you never will be, it’s important to find that thing that gives you healing, to find those people who you can talk with. Buckner said, “..learn from our mothers so that we’re not just getting by in the world and we’re not just doing the things that we have to do, but we’re doing the things that we want to do and that we enjoy.”

The world premiere screening of the doc took place earlier this month. Buckner, however, noted that she and her team have a vision for Daughters of to be distributed to a wide audience like Netflix or HBO. Let’s hope this happens so that the world can take in the beauty of these stories. 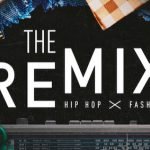 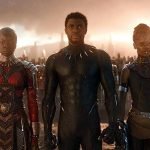