On the train to Grant Park, you could tell that everyone who attended Lolla over the past few days was beat. The visible yawns and tired faces didn’t stop ticket holders from being happy about the last day though. There was even more discussion as Lolla announced that DaBaby was being replaced by Young Thug as a headline because of homophobic comments he made at Rolling Loud last weekend. I applauded the festival for listening to concerns and recognizing that he didn’t deserve to be on a platform as large as the Bud Light stage.

Rico Nasty was the first person I saw of the day and her crowd was beyond lit. The energy that her fans had was amazing and everyone just wanted to have a good time. Her set wasn’t that long but it was the perfect amount of time to dance, sweat, and scream out.

The second performance I saw was Brockhampton. The usual group of 11+ people has been skimmed down to five due to assault allegations from certain members, but you couldn’t tell because the energy was there. They were surprisingly more rap based, which definitely wasn’t what I was expecting, but it was really good. The simplicity of them singing and rapping in their own different styles along the stage made it really engaging and fun to watch. I even got time to dance freely with fellow True Star content creator, Xiah Bryant.

The last performance of the day was Young Thug. He was originally supposed to perform on a smaller stage for less time but he got pushed up to headliner. You could tell that the change was last minute and frantic for the artist and the crew. Young Thug was almost thirty minutes late which was upsetting as he was the big bang that festival goers wanted to end their weekend with. I even heard people playing his music from their phone as they waited. I wasn’t too blown away by his show, he did have some cool costume changes and he brought out Gunna, but I wasn’t that excited about it all.

I thoroughly loved my time at Lollapalooza 2021. I saw everyone I wanted to see and was exposed to artists that I knew nothing about. I was able to enjoy a Chicago summer with my friends right before going back to college. I’m glad I was finally able to go and I took the time to live life a little. 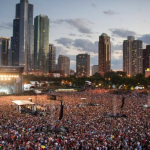 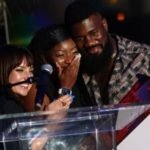