The internet is a very interesting place. Everyone can express their opinion but they can also face backlash for doing so. That’s exactly what happened to Trick Daddy when he decided to say that Beyoncé couldn’t sing.

According to the New York Post, Trick Daddy stated in a leaked Clubhouse audio recording that “Beyoncé don’t write music and barely can sing her motherf–kin’ self.” He then went on to talk down on Jay-Z as well stating, “Jay-Z ain’t never won the greatest rapper alive. Whoever put him on a level like that?” As if it wasn’t bad enough for him to be loud and wrong saying that Bey can’t sing, Trick Daddy dragged her husband into it too.

In my humble opinion,  I don’t think someone who “can’t sing” would be as decorated as Beyoncé. Grammys, American Music awards, MTV Video Music awards, and more. The same can be said about Jay-Z.

The BeyHive definitely didn’t let that slide either. Beyoncé’s fans went to leave negative reviews on Trick Daddy’s restaurant after hearing his opinions on the singer.

I’m not saying that anyone is right in this situation. Trick Daddy was wrong for basically bashing Beyoncé and Jay-Z, but the BeyHive was equally as wrong for reciprocating that negative energy and giving his restaurant negative reviews.

Trick Daddy later spoke on a Miami radio show to defend himself. “That’s my unpopular opinion. Who are you? How you feel? If you gotta walk around here worrying about how somebody else feel about how you feel, then you ain’t who you are,” he said according to Billboard. By that same logic, he wouldn’t have spoke on the situation past when it took place, but it seems that all of the backlash is getting to him.

This situation proves the theory that actions have consequences. Even though everyone is entitled to their own opinion and no one is required to withhold what they think or feel, sometimes it’s best to keep your opinion to yourself to cover your own behind. Everything doesn’t need to be publicly stated. I think Trick Daddy just learned that the hard way. 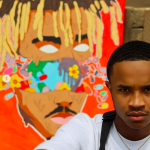 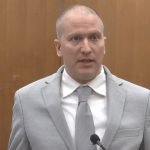