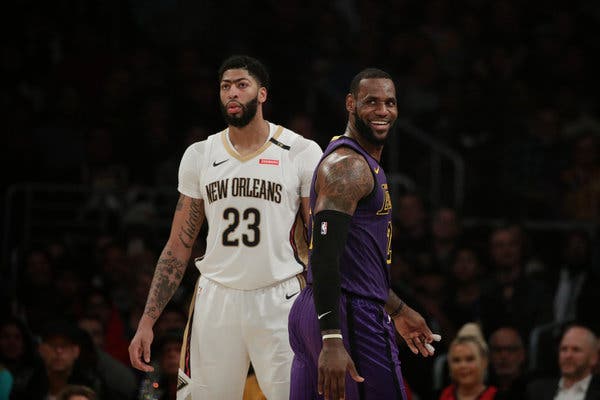 The Los Angeles Lakers recently pulled off a blockbuster trade with the Pelicans. The Lakers traded away young point guard Lonzo Ball, Brandon Ingram, Josh Hart, and three first-round picks, including the No. 4 pick of the NBA draft in exchange for superstar Anthony Davis, according to ESPN. Davis demanded a trade near the trade deadline of the 2019 NBA season, with LA being his preferred destination. Davis got his wish, but was it worth it for the Lakers?

With Kevin Durant injured, he is no longer in the top 5 NBA player discussion, meaning that I, along with many others, believe that Davis is undeniably a top 5 player in the NBA with all-time great talent. So the Lakers have TWO top 5 players now with the newly formed LeBron James and Davis duo. This certainly leapfrogs the Lakers into title contenders in the 2019-2020 NBA season as long as no terrible injuries happen and the front office of the Lakers does their part to surround AD and James with sufficient talent. So the Lakers are now contenders, but what about the Pelicans?

Let’s not forget how desperately Davis wanted to be traded, which diminished his trade value significantly. Despite this, the Pelicans pulled off (in my opinion) a steal of a trade. Yes, a steal. The Pelicans now have the 2nd best young core in the NBA, only trailing the Nuggets in my opinion. Three players in the Pelicans starting lineup next season will be younger than 23 years of age (Ball, Zion Williamson, and Ingram), and all have star potential. These three players will also be helped by near All-Star guard Jrue Holiday, who is 29 years old but will provide a positive veteran presence in the locker room and will be a great mentor for the young players.

The combo of Holiday, Williamson, Ball, and Ingram have MASSIVE defensive potential, seeing as Ball and Holiday are already all-NBA caliber defenders. Ingram is an above average versatile defender, and Zion has Defensive Player of the Year candidate written all over him. Let’s not forget that the Pelicans have the 4th pick of the draft as well, which can potentially be used to trade for or to draft another star. Essentially, I see the Pelicans now as a team who can contend for titles for the better part of the 2020s if the young core and successfully grow together, and there is no indication to suggest that they cannot.

James is due to retire sooner than later, and even though Davis is a 26-year-old superstar, there is no telling if the Lakers can keep Davis happy and surround both their stars with sufficient talent, especially with the recently bad track record of the Lakers’ front office. Maybe in a season or two the Lakers will look like the winners of the trade, but in a decade, we will most likely look back at this trade as a win for the Pelicans.