The world was deeply saddened to learn that John Lewis recently lost his six-month battle with pancreatic cancer, but do y’all know the legacy of this great congressman? Lewis was known for his role on the front lines of the Civil Rights Movement as he believed in a nonviolent approach to the fight for racial equality. As a young boy, Lewis was inspired by the words of Rev. Martin Luther King Jr. and the activism surrounding the Montgomery Bus Boycott. After graduating high school, he wrote a letter to Rev. Martin Luther King Jr. asking to help him in the struggle for civil rights, and he was gifted a bus ticket to Montgomery in return. His passion for social justice sparked and he then dedicated his life to advocating for human rights and equality in the Jim Crow South.

While he attended Fisk University, he organized sit-ins and protests at segregated lunch counters in Tennessee. In 1961, John Lewis became one of the Freedom Riders, where alongside other Black and White activists he went on bus trips to protest segregated bus terminals all through the South. He became the victim of many horrific beatings and aggressive arrests at the hands of angry mobs and racist police officers. And at the young age of 23, John Lewis was named one of the Big Six leaders of the Civil Rights Movement and was a keynote speaker at the infamous March on Washington.

“Do not get lost in a sea of despair. Be hopeful, be optimistic. Our struggle is not the struggle of a day, a week, a month, or a year, it is a struggle of a lifetime. Never, ever be afraid to make some noise and get in good trouble, necessary trouble.”

Lewis was elected into Congress as a Representative for Georgia in 1986 and held his seat proudly for 17 terms. He fought relentlessly to try to make this country a better place. Despite his past of being severely beaten and arrested more than 40 times, Lewis still voted against the Iraq War, led a sit-in on the House floor demanding gun control, and advocated for stronger voting rights laws while he was in Congress. He was even presented the honorable Medal of Freedom Award from President Obama back in 2011. 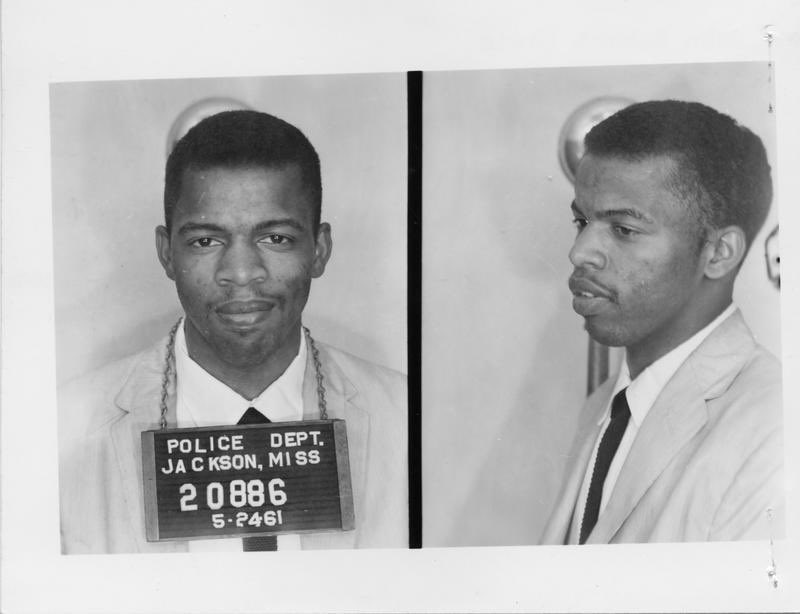 John Lewis never stopped fighting for what was right. He once said, “Do not get lost in a sea of despair. Be hopeful, be optimistic. Our struggle is not the struggle of a day, a week, a month, or a year, it is a struggle of a lifetime. Never, ever be afraid to make some noise and get in good trouble, necessary trouble.” Honor his legacy and his fight by standing up for what is right and what you believe in. If you need a little help, just pick up one of his books or watch the new film: John Lewis: Good Trouble. there’s no doubt that John Lewis and his experiences can teach us all some things about what it’s like to be in good, history-making, and life-changing trouble.