Judas and the Black Messiah, staring Daniel Kaluuya and LaKeith Stanfield, this coming to theaters and HBO Max February 12th. It’s the story of Black Panther chairman Fred Hampton and FBI informant William O’Neal. The film is set to highlight the work Hampton’s rise through the ranks and his downfall at the hands of the FBI. I like knowing the story before watching actors portray the events on screen, so I got some background that can help get a better understanding of the film.

In 1966, Huey P. Newton and Bobby Seale founded the Black Panther Party for Self-Defense. They protected African-American communities from police brutality. In regular American fashion, they were portrayed as a terrorist organization. The Black Panthers had a target on their back from the moment they decided to put power back into the communities that saw the hardest of times. Fortunately, their message was heard across the country with 45 chapters forming.

In 1968, Bobby Rush founded the Illinois chapter and they quickly chose their spokesperson. A 20-year-old Hampton was appointed the chairman, a position he embraced. Before becoming chairman, Hampton was a college student and he served as the Youth Council leader for the west suburban branch of the NAACP. With the help of a creative and charismatic Hampton, the Illinois chapter made their message, voice, and presence known throughout Chicago. Organizing a free breakfast program for students, a free medical clinic, and a pact between street gangs. These were ideas orchestrated by Hampton and with the help of other members they were able to work towards a better Chicago for communities of all races. In 1969, he founded the Rainbow Coalition which was a multicultural political organization working towards ending infighting. As always, the police saw the rebuilding of communities and uniting of cultures as a threat.

His involvement with the movement would come to an end on December 4, 1969, by the hands of the Chicago police. The FBI decided a 21-year-old Hampton had used his voice enough and they sent William O’Neal to infiltrate the organization. He was able to slip a sleeping drug in Hampton’s drink, then he dipped. Later, that day FBI officers raided Hampton’s apartment and opened fire. They murdered security guards and fired at anyone that in line of sight. While in the bedroom, Hampton and his pregnant fiancée lay sleeping. She was forced out, then they opened fire at the bed. He was dragged out the room and shot twice by officers upon realizing he would survive the initial bullet wound. They continued to fire at the remaining members in the apartment. A total of 99 shots were fired by police that night and one from a member of the party. After being shot in the chest, one of the security guard’s gun fell on the floor sending a shot to the ceiling.

This story is always hard to read about because of its gruesome and sinister events. It’s a story about another Black leader’s life being cut short at the hands of police who want to keep our country divided; police officers who enforce this idea that minorities should be inferior. Any progress towards healthy living is seen as a threat by the government if it doesn’t benefit the paler skin folk.

Currently a struggling college student trying to be the greatest researcher ever! I'm double majoring in biology and psychology with a minor in African American studies. I've been with True Star since 8th grade and through them I've improved my writing and communication skills. 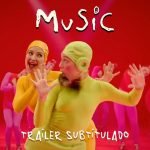 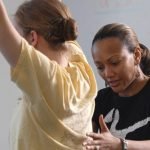