Thanksgiving is a national holiday typically celebrated on the last Thursday of November. The special day begins giving thanks and sacrifice for the blessing of the harvest, previous and of the preceding year. The smiting thing about thanksgiving is that everyone celebrates it uniquely. Some even say it is the beginning of Christmas festivities.

The Origin of Thanksgiving

According to history.com, historians discovered that the first Thanksgiving to have taken place was in 1621. In 1620, 102 passengers used a s mall ship called the Mayflower and left Plymouth, England. One month later, the Mayflower crossed Massachusetts Bay and they began building a village. In November 1621, after a successful harvest, Governor William Bradford organized a celebratory feast and invited a group of the fledgling colony’s Native American allies, including the Wampanoag chief Massasoit which lasted a total of three days. The autumn harvest feast is acknowledged today as one of the first Thanksgiving celebrations. Although it has been stated that things such as pies and sweet desserts were not part of the original Thanksgiving feast yet it has become a staple meal in American Thanksgiving.

Thanksgiving is not complete without the full dining experience of the many foods that are prepared, sometimes even days in advance, for the special occasion. Various foods include turkey, mac and cheese, collard greens, beans candied yams, cornbread, sweet potato pie, pumpkin pie and many more delicious delicacies. The amazing thing about Thanksgiving is that it is also a time for people to volunteer their time and help people in need.

As stated on Pioneers women’s website, a prayer that can be said during Thanksgiving is as follows:

Heavenly Father, on Thanksgiving day, we bow our hearts to You and pray. We give You thanks for all You’ve done, especially for the gift of Jesus, Your Son. For beauty in nature, Your glory we see, for joy and health, friends, and family.

What are you thankful for this year?

What are other ways you can show you are thankful? 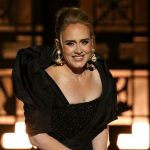