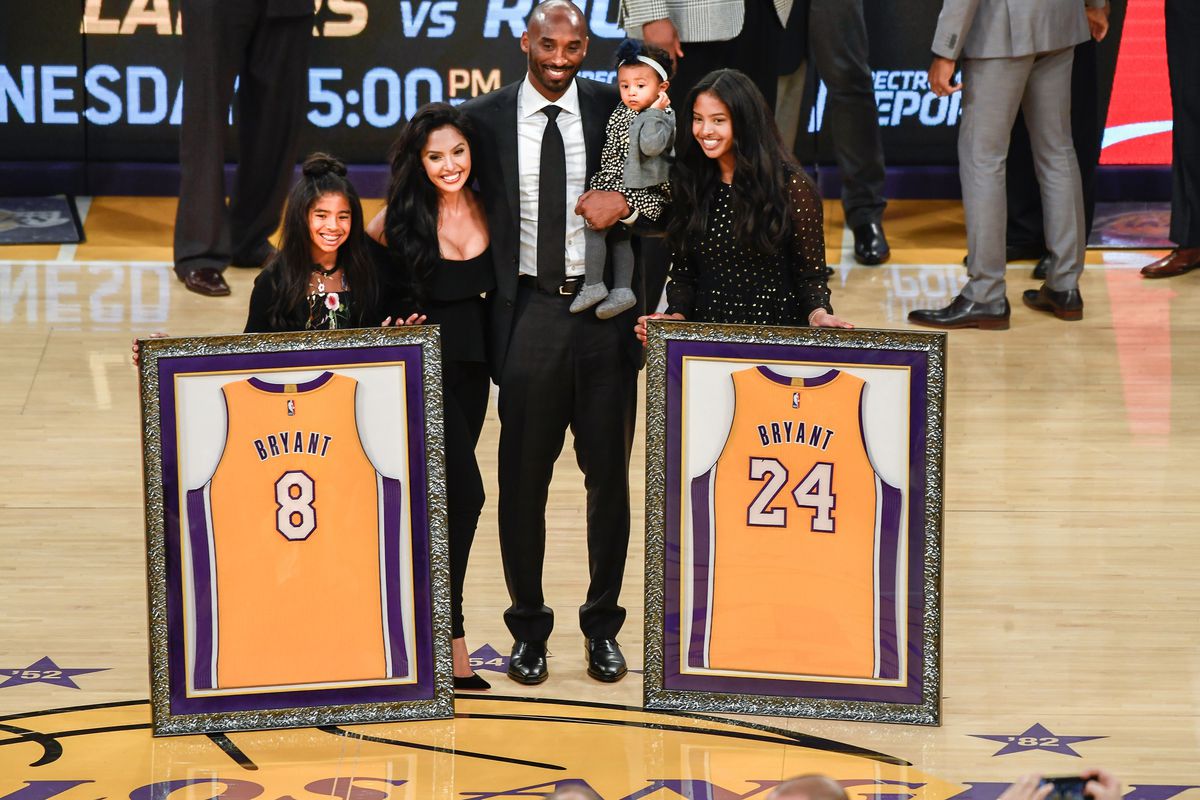 Over the last week or so, a.k.a since when Kobe Bryant died, I’ve seen a lot of people asking on social why he wore two numbers and not many people seem to have an answer.  Or at least not an accurate one. Head to Twitter or Instagram and you might find a post saying that Bryant changed his number from 8 to 24 because he wanted to have one number above Jordan or something else absurd. I’ve even heard that Bryant changed numbers from 8 to 24 because eight times three (the amount of championships Bryant had at the time) equals 24. While simply not true,  this only goes to show the inconsistency that comes with information from the Internet.

You see, back when Bryant was drafted, he wanted the number 24 because it’s one of the numbers he wore at Lower Merion High School, where he made a name for himself playing high school ball. He also wore and wanted the number 33, but that number had been retired already by the Lakers, the number of some guy named Kareem-Abdul Jabbar (That’s a joke. Don’t @ me.). But at the time, Bryant had to choose number 8 over 24 because 24 was unavailable. According to ESPN reporter Baxter Holmes, Bryant wore 143 at the Adidas ABCD camp and chose 8 by adding those numbers together. But I believe a huge reason 8 was chosen was because super young Bryant wore number 8 when he played in Italy. He won three NBA championships with the single digit.

Bryant obviously did end up changing numbers of course. To begin the ‘06-’07 season, he came out wearing the number that he would win two more championships without the help of Shaquille O’Neil. According to the LA Times, Bryant stated that he preferred the “number 24” Bryant over the “number 8” Bryant because “those were the harder years when his body didn’t cooperate as much. He appreciated those more.”

Bryant is reported to be the first NBA player to have two different jersey numbers retired by the same team.