If you’ve been paying attention to our posts you would know that March is Women’s History month. Today we honor the “Human Computer” herself, Mary Winston Jackson. Don’t know who she is? Well, you could definitely say that she’s a Hidden Figure *pun intended*.

If you don’t get it by now, I’m here to help. Jackson was the first African American female engineer at NASA. That Hidden Figures comment was in reference to the fact that Jackson’s life was brought to the silver screen in the hit movie of the same name. Actress/singer Janelle Monae portrayed Jacson.

After attending Hampton University and graduating with a dual degree in math and physical science, Jackson became a math teacher, married Levi Jackson, started a family, and became a U.S. Army Secretary.

Yes, a Black woman that can have it all! We love to see it!

In 1951, Jackson took her intelligence and talents to the National Advisory Committee for Aeronautics where she began as a research mathematician in the segregated West Area Computing Unit. After completing training programs, Jackson was promoted to an engineer position for NASA in 1958 and focused on the behavior of the boundary level of air around airplanes as well as programs and initiatives that would advocate for women of color in STEM during her 34-year career.

In 2021, Jackson’s legacy continues to live on as NASA will be naming their headquarters building in Washington D.C. in Jackson’s honor, according to CNN. So let’s celebrate and support Black Excellence and Black women for all of the legendary and groundbreaking work that they do when breaking glass ceilings.

Black women we see you, we love you, and we’re proud of you! Keep doing what you do best– being successful, making history, and inspiring everyone around you! 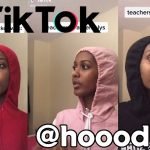 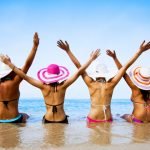